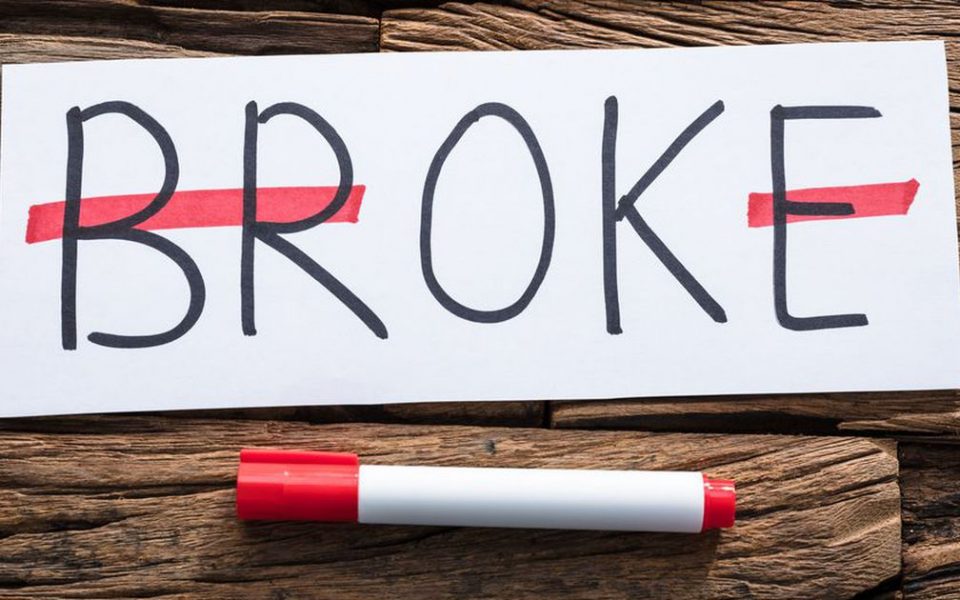 At some point, the internet became a get-rich-quick scheme.

At varying times, each of these companies had the hallmarks of “success”millions of engaged users, venture capital money, a good brand. Now, Twitter is limping along, Soundcloud is in a death spiral, Vine is gone, and Reddit is still trying to figure things out.

They suffer from the same problem as the other community-driven websites on the internetthey just aren’t great at making money. This might be fine if not for the sad reality that these are some of the best things on the internet. These are the platforms that have fostered creativity, given birth to internet-native humor and music, and, with regard to Twitter, changed the world.

Not that you’d know it from the way Twitter is covered. Donald Trump’s favorite microblogging service announced that, yet again, user growth has stalled. Meanwhile, the company is having trouble making any real money from advertising, which in the growth-obsessed, free-by-default world of the internet remains the dominant model.

This is Twitter’s problem, but it’s also everyone’s problem. The internet, once a decentralized mess of weirdness, is now well on its way to being an oligopoly in which anything that’s not Facebook, Google, or Amazon can’t compete. It’s a situation that conjures up the famous scene from “Glenngarry Glen Ross” first prize is a Cadillac, second prize is steak knives, third prize is you’re fired.

By some measure, this is life. Call it late-stage capitalism or natural selection. The strong eating the week isn’t new, it’s just more efficient on the internet. The optimists about the situation see this as creative destruction that pushes forward humanity.

That all sounds good but it’s hard to square with what’s happening to the most creative and impactful platforms on the internet. Tumblr, a bastion of internet community if there ever was one, was so hard to monetize that Yahoo ended up declaring $700 million in loses related to its acquisition.

Tumblr’s struggles are matched only by Soundcloud’s ongoing implosion. Once a bright spot in the internet’s otherwise dark history with music, the platform took a turn once it tried to start making money.

Maybe it’ll survive, with a little help from Chance the Rapper, who blew up on Soundcloud.

Even Google has had trouble with this. YouTube is arguably the best creator-driven platform on the internet, yet even Googlemaybe the best company in the world at selling adshas struggled to really make it work. YouTube has been pushing into high-end content, subscriptions, and even a TV bundle.

Reddit is probably the most engaged community in the history of the internet. And nobody can figure out how to make money without ruining it.

Then there’s Vine. RIP. Its creative class still resonates through the internet. In its heyday, no platform fostered a more ridiculous and original scene.

The grandaddy of them all is Wikipedia, still the internet’s crowning achievement. Its community-based information aggregation stands out as an accomplishment for humanity, arguably one of the wonders of the worldand it makes no money.

That’s the key here. Wikipedia is and has always been a nonprofit. From its start, there was never any sort of bend toward figuring out how to make money. Certainly Wikipedia needs some money to remain in operation, which is raised by the Wikimedia Foundation

Of course, Wikipedia could have been monetized. Its cofounder Jimmy Wales still gets asked why he didn’t. Who knows what it would look like if he had. We should all be thankful that he didn’t.

The dark side of this issue is, of course, that people are terrible. Twitter and Reddit and all of these platforms have plenty of value, but they’re also rife with the ugliest parts of humanity. This is part of the reasons they are terrible at making money. Advertisers quite understandably don’t want their valuable brands next to hate speech.

And advertisers dictate much of what is and is not a success on the internet. Ads remain the dominant form of business on the internet, though subscriptions are gaining ground. Facebook and Google dominate this ad market, and the scraps they leave behind aren’t terribly appealing.

“Upon further reflection, its clear that the broken system is ad-driven media on the internet. It simply doesnt serve people. In fact, its not designed to,” wrote Ev Williams, cofounder of Twitter and Medium, in a post announcing layoffs at Medium.

Williams has long been an advocate that quality and depth on the internet will win out. He may still be proven right, but for now, Medium has been forced to pivot toward a subscription model.

There’s some reasons to hope. The growth in donation-based programsmost notably Patreonpoints to a future in which the internet might be able to eschew the trappings of big money and big profits. Other platforms have begun to see success with similar programs, most notably Reddit with its Gold.

Maybe this is the start of the internet’s answer to the question of how it can create sustainable platforms that exist to serve communities rather than provide the same services as before. Facebook is well on its way to becoming TV (despite recent talk about community). Amazon sells us stuff. Netflix is, again, more TV. They’re great, but they’re just a better version of what we had before.

If that’s all the internet is to be, well then that’s very sad. There’s been a ton of great things on the internet, and people are just getting started. What’s going to matter going forward is that it doesn’t devolve into a giant pyramid scheme. Money is important, but it can’t be everything.

And until a better way comes along (if it ever does), the best things on the internet are going to suck at making money. Turns out it’s a feature, not a bug.