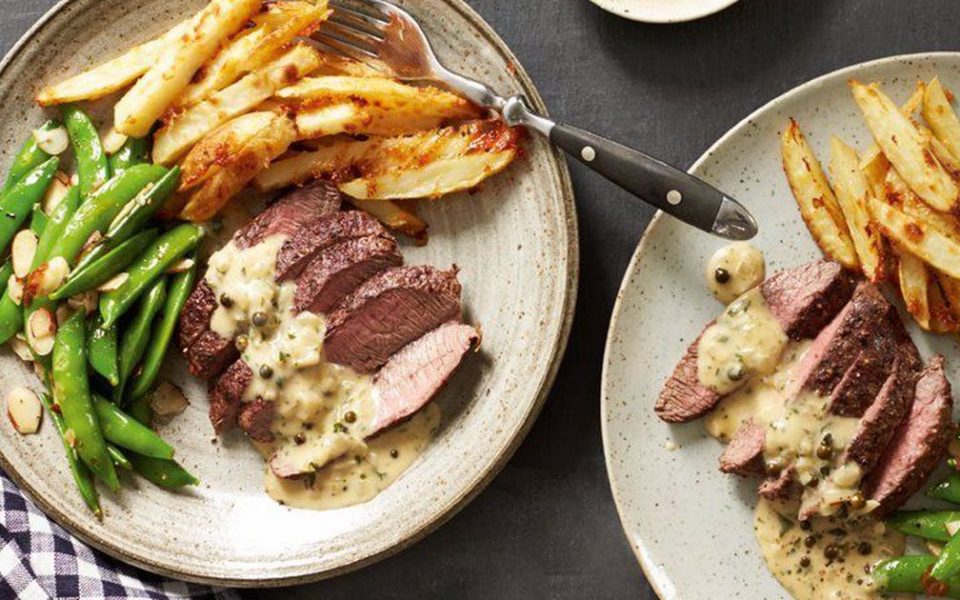 The nightmare scenario that’s dogged Blue Apron’s stock ever since its muted IPO is here: Amazon is trying its hand at selling its own meal kits.

Rumors that such a service was in the works had sent Blue Apron’s already-struggling stock spiraling more than 10 percent on Monday. As of Tuesday morning, it was down another 4 percent.

Amazon’s foray into the category doesn’t exactly come as a surprise; the company previously filed a trademark application for “prepared food kits” in the first week of July. The threat was compounded by news of Amazon’s $13.7 billion acquisition of Whole Foods last month.

Meals reportedly include entrees like tacos al pastor, and steak au poivre with parmesan fries and snap peas (none were currently available in San Francisco on Tuesday). One customer told Geekwire that the latter cost $19 and served two, making it around the same price as the average item in Blue Apron’s weekly subscription plan.

As with anything within AmazonFresh, customers must pay a $15-per-month fee on top of their Prime membership in order to purchase the meal kits. Judging from the dates of customer reviews, the meal kit trial has been happening since June.

While select meal kits were previously sold through AmazonFresh, they were all made by third-party brands like Tyson Tastemakers until now.

Amazon did not immediately respond to a request for comment.

WATCH: This robot is all legs and can deliver your groceries