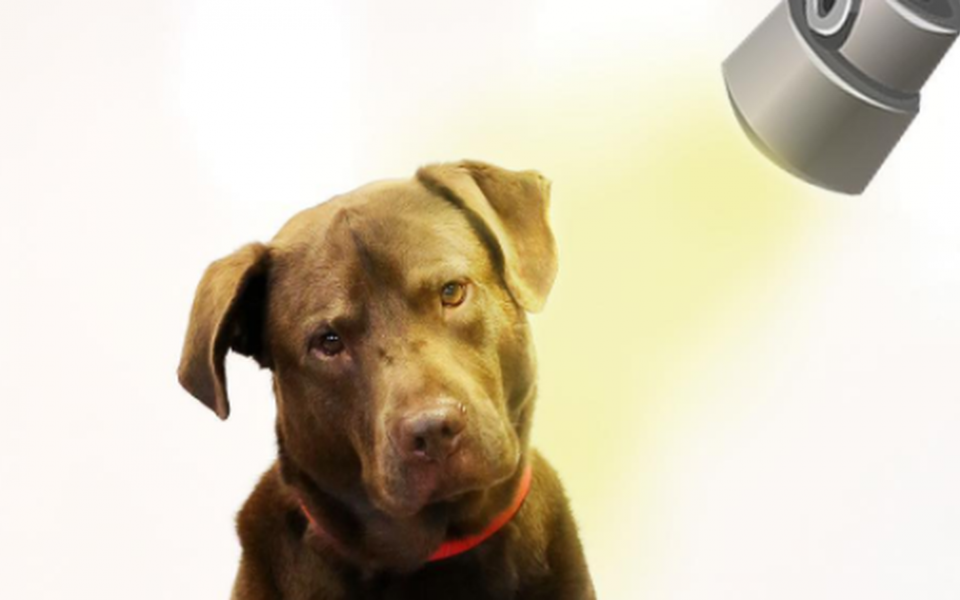 Like a pet version of Law and Order, an animal shelter in Wisconsin is trying to settle a case involving a suspicious doggo and his stuffed animal companion.

Hank the dog at the Fox Valley Humane Association has a best friend. And that best friend happens to be a stuffed animal named Fuzzy Purple Hippo, pictured together below.

Hank and his purple hippo are a bonded pair, so if you aren’t ready for a 4 year old Chocolate Lab to come home when you adopt your fuzzy Hippopotamus…well, sorry, we can’t approve your application. The hippo won’t let us get an age on her, but we don’t think she’s quite as old as Hank..They’ve been together a long time though. She IS spayed and current on vaccinations, but does seem a bit lethargic. Hank is most definitely not. They do say that opposites attract…. #fvha #foxvalleyhumaneassociation #adoptme #adoptdontshop #labsofinstagram #rescuedog #chocolatelab #shelterdog #fuzzypurplehippo

Well, they were best friends and all until the Hank (allegedly) ripped apart his best hippo friend.

The people at the shelter tried to question Hank on why he did it, but he just remained tightlipped.

Since Hank didn’t admit to the crime, the animal shelter decided to play out the whole case over its suspense-filled Instagram account, so we can all find out if Hank is innocent or guilty.

UPDATE: The Fuzzy Purple Hippo, bonded with Hank, who we told you about last week has had a medical emergency. Dr. Laura is currently performing life-saving surgery to repair the near-decapitation. Details of the incident which caused the injury are murky, as Hank is refusing to answer our questions. (Yes, we have tried sternly asking, “what did you DO??” but he only looks away with a guilty look on his face.) Please keep the Fuzzy Purple Hippo in your thoughts. We will continue to keep you updated. #fvha #foxvalleyhumaneassociation #shelterlife #fuzzypurplehippo

Then, Fuzzy Purple Hippo had an extended convalescence.

UPDATE: Fuzzy Purple Hippo is resting comfortably (despite the cone of shame) back in her kennel with Hank this morning. She is groggy from pain medication and her demeanor seems a bit flat, but we are hopeful for a full recovery. Dr. Laura decided to leave her wounds open to allow for drainage and perform a full stuffing extraction to avoid future surgery (for Hank…shhhhh.) We will continue to keep you posted. #fvha #foxvalleyhumaneassociation #shelterlife #fuzzypurplehippo #adoptme

Fox Valley Human Association tried to get to the bottom of the affair by giving Hank the third degree.

UPDATE: Since yesterday’s casual questioning brought no results, Hank was brought in for a formal interrogation into the assault of his companion, the Fuzzy Purple Hippo. As of 11:00am Hank’s jowls remain firmly closed regarding the incident. #fuzzypurplehippo #fvha #foxvalleyhumaneassociation #adoptme #shelterlife

Fuzzy Purple Hippo then received some mental wellness guidance from a therapist, and explored its relationship with Hank.

UPDATE: Fuzzy Purple Hippo met with a therapist this morning to discuss whether or not she feels safe in her relationship with Hank. Although their love for one another is very apparent, we want to be sure that there are no underlying issues and that she is not suffering from any emotional scars from her injuries. HIPPO laws prohibit her therapist from disclosing what she said in their session. …wait…we meant HIPPA laws, sorry. **Domestic violence and PTSD are serious issues. If you or someone you know are are suffering, help is available! The National Domestic Violence Hotline 800-799-SAFE PTSD USA Helpline 877-717-PTSD #fuzzypurplehippo #fvha #foxvalleyhumaneassociation #shelterlife

UPDATE: Hank met with his Humane Officer-appointed Attorney this morning to discuss the allegations of Hippossault. Although no formal charges have been filed, there are no other suspects at this time. His attorney has advised him to plead the 5th. #fuzzypurplehippo #fvha #foxvalleyhumaneassociation #shelterlife

The shelter left us on this momentous cliffhanger of Hank the dog meeting with his lawyer, leaving us biting our nails as we await the results of the trial.

WATCH: Cesar Millan’s rules before getting a new puppy