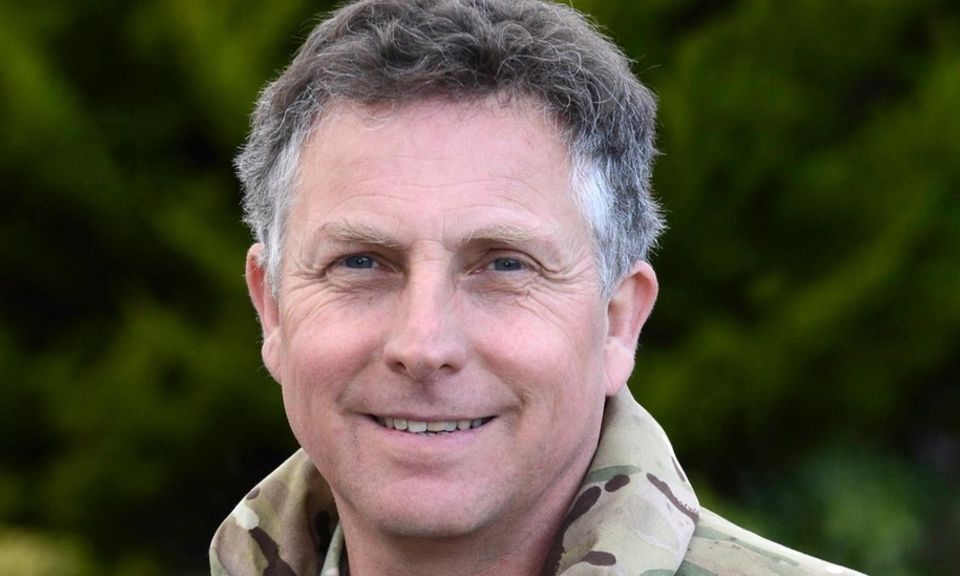 Army chief: Public has to understand why we need ‘boots on the ground’ – BBC News

As he visits troops bolstering Nato’s eastern border in Estonia in response to rising tensions with Russia, General Sir Nick Carter – the British army’s top soldier – explains how the armed forces need to win support for their changing mission.

Public support in Britain for the Army has been consistently strong. But General Carter says there are risks here as well as benefits.

“That public support,” he says, “is very much based upon sympathy and not necessarily upon empathy.

“And I think if we wish to sustain our numbers, and indeed the sort of attitude you would want your army to have, I think it’s important that the cursor swings more towards empathy than sympathy, so that people understand more about what an army does and why you need an army, and therefore what its final task might be.”

Of course the Army is about much more than that final task – “closing with and engaging the enemy”.

But the unpopularity of some of Britain’s recent wars, the lack of understanding about military matters among much of the public, and the increasing sensitivity to casualties, have all meant that the term “boots on the ground” – putting soldiers into harm’s way – has become almost toxic.

General Carter has some sympathy with this view.

“I think the term ‘boots on the ground’ has become difficult for people to comprehend.

“The trick of course is for boots on the ground to be applied in a way that is not necessarily risk-free, but is done for appropriate gain and benefit.”

This issue of the relationship between Britain and her army is a central aspect of General Carter’s thinking.

He is speaking at an Estonian army base in Tapa, a garrison town a little under 100 miles from the Russian border.

The general is visiting the British-led multi-national battle group, which is there as part of a Nato deployment to reassure the Estonians and to demonstrate the alliance’s cohesion to Moscow.

“Young people join an army to be used and that is important to us,” he says.

“So the opportunity to do something like we are doing up here in Estonia is important.

“But we also need to be prepared to be used in other ways as well, providing we can be used in an effective fashion.”

For the British army, this is a period of unprecedented change as it transitions away from a dominant focus on counter-insurgency operations in the heat of Iraq and Afghanistan, and re-builds its capability to fight modern high-intensity combat – the sort of conflict it trained for day-in and day-out during the Cold War years.

The potential threats are becoming more complex, the dividing line between peace and war ever less clear.

Some people argue that the modern, Western way of war is at arm’s-length – exemplified by armed drones and stand-off weapons fired at great distances from their intended targets.

By such readings the traditional army – leaving aside maybe the special forces – seems strangely out of step with the apparent new reality.

“Those are all simply fallacies. The bottom line in all of this is that, in the final analysis, people live on land and it is ultimately the land component that has to ‘mix it’ where people live. History proves that that is a requirement.

“Our policy makers absolutely understand that you have an army because, in the final analysis, armies are the business when it comes to a decision, and ultimately it’s about a decision.”

Britain’s army is of course an awful lot smaller than it once was.

How big should it be in part depends upon what the country can afford. So does General Carter think that he has enough soldiers?

“The straightforward answer to that question is that given the tasks that we have currently got, we have adequate numbers,” he says.

“If the tasks change or the tasks increase then we might have to ask questions about it.”

On equipment he is confident that the Army will get things that it needs, though “how quickly it arrives is always a question”.

But the Army itself is going to change even more dramatically in the years ahead. And this too is something that General Carter is pushing forward.

In other words, “it recruits people who are youngsters and we grow them through a career”.

But he believes that as the Army requires and takes on more specialists, it is going to have to offer a very different career structure.

“I suspect,” he says, “that maybe as much as 30% of the army may be specialists in the future – and how we supply those specialist career schemes is something we have to think about.”

This could mean a lot more of what the Army calls “lateral entry” (ie joining at a much later age, probably from an established career) or indeed sharing people with industry.

Nonetheless, at least in his lifetime, General Carter does not expect the combat arms of the Army “to look particularly different” to the way they do today.

“I think we will still deliver that effect through a bottom-fed delivery system in the way that we understand it.”

But he says specialists will need to be recruited differently and that will have significant implications requiring a review of ranks, career structures, working practices and so on.

General Carter thinks that the Army is about a year or two away from taking on regular personnel by this lateral entry method.

But the core business of the Army is not going to change.

While its roles go way beyond just training for high-intensity combat, as here in Estonia, it remains part of the nation’s insurance policy.

So being so close to the Russian border, what security challenge does the general worry about most?

“Probably the greatest risk at the moment,” he says, “is the risk of miscalculation.

“Understanding your potential opponents,” he says, “and having the communications systems in place and the processes in place so that you realise what messages you are sending is fundamental.

“Miscalculation is the thing that we probably need to watch.”