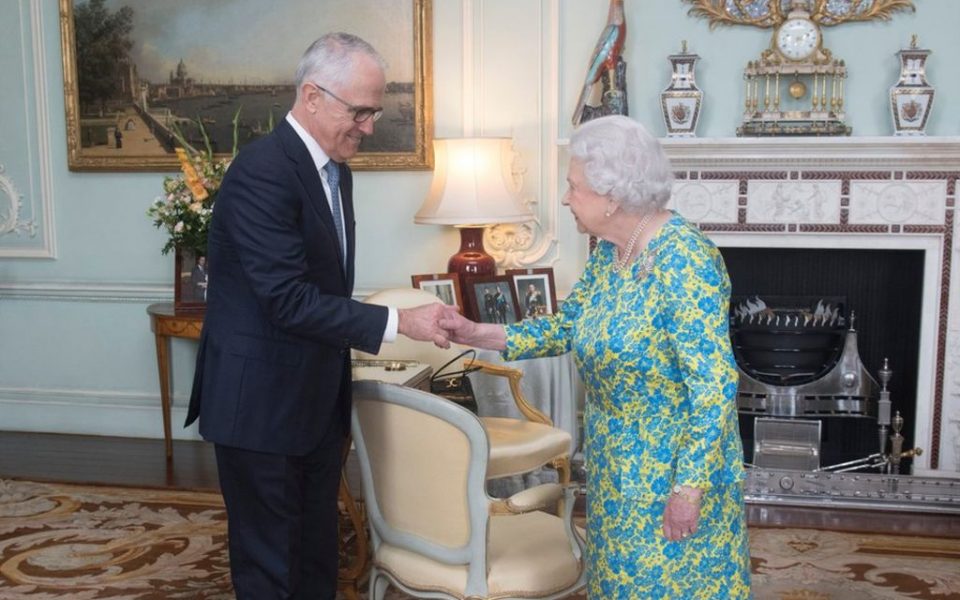 Australian PM calls himself a ‘republican and an Elizabethan’ – BBC News

Australian PM Malcolm Turnbull has described himself as both a republican and a “very strong Elizabethan” before meeting the Queen at Buckingham Palace.

Mr Turnbull led a failed campaign to make Australia republic in a 1999 referendum, prior to entering politics.

On Tuesday, he said that during the 1990s he never imagined he would one day meet the Queen as Australia’s PM.

“Even republicans like myself can be, and in my case are, very strong Elizabethans,” he said.

“She has been a remarkable leader of the UK and the Commonwealth.”

He added: “Politics is full of unpredictable events.”

The centre-right Coalition leader said it was an honour to meet the Queen, telling reporters he would seek her “wisdom and advice”.

It came after Mr Turnbull visited Downing Street and pledged that Australia would seek a trade deal with the UK post Brexit.

Mr Turnbull has previously said he does not believe a majority of Australians would support becoming a republic during the Queen’s reign.