Previous postWoman with dog allergy refuses to get off plane, so cops push her off
Larry Flynt offers $10 million for dirt on Donald TrumpNext post 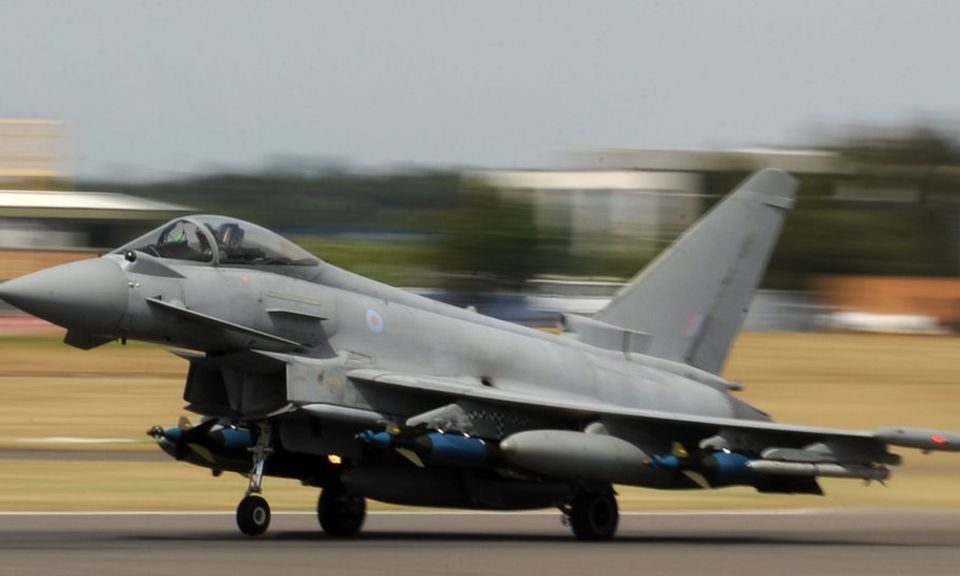 A total of 750 posts will go at the Warton and Samlesbury plants in Lancashire where parts for the Eurofighter Typhoon are manufactured.

BAE is facing an order gap for the Typhoon so wants to slow production before an expected order from Qatar.

In all, a total of 1,400 roles will go across England in the firm’s air and information business,

Outside Lancashire, 400 posts will close in Brough, East Yorkshire, 230 will go at RAF Marham and 15 are being lost at RAF Leeming.

Meanwhile 340 maritime jobs will be lost in Portsmouth and Solent region and a further 180 posts will go in London, Guildford and other locations.

Most of the pain for BAE Systems will be felt in its air business.

Orders for the Typhoon jet have slowed down amid stiff competition from the new F-35, part of which is made by BAE Systems, and from France’s Rafale and the US F-16.

BAE has already sold more than 70 Typhoons to Saudi Arabia and had been hoping to sell more. The political controversy surrounding arms sales to the Middle East Kingdom probably hasn’t helped.

Support jobs will be lost too as the RAF Tornado comes to the end of its life, with the RAF planning to retire its squadrons by 2019. Orders have also slowed down for the venerable Hawk Trainer jet.

Both Typhoon and Hawk production lines will stay open for now, but for how much longer?

BAE needs a clear signal from its main customer, the Ministry of Defence, as to what comes next after the F-35.

Unions have already criticised the government for buying more military equipment from the US.

While the UK now has an industrial strategy to sustain the production of warships in the UK, it does not appear to have a similar strategy for the air defence sector.

In a statement, the defence contractor said it was making organisational changes to “boost competitiveness, accelerate technology innovation and improve operational excellence”.

It added that the restructuring of its cyber-security wing would “drive continued growth”.

The company’s chief executive, Charles Woodburn, said the changes “unfortunately include proposed redundancies at a number of operations”.

He added: “I recognise this will be difficult news for some of our employees and we are committed to do everything we can to support those affected.”

BAE said that most of the military air job cuts would take place in the next two years and that it wanted to achieve as many voluntary redundancies as possible. The changes are due to begin on 1 January.

The Unite union reacted with anger and assistant general secretary Steve Turner said: “These planned job cuts will not only undermine Britain’s sovereign defence capability, but devastate communities across the UK who rely on these skilled jobs and the hope of a decent future they give to future generations.

“These are world-class workers with years of training and expertise on which an additional four jobs rely upon in the supply chain.

“The UK government must take back control of our nation’s defence and with it, play its part in supporting UK defence manufacturing jobs.”

Business Minister Claire Perry insisted that the job cuts at BAE Systems were due to restructuring and “not related to UK defence spending decisions”.

Responding to an urgent question in the House of Commons, Ms Perry said the government wished to continue to procure from BAE, but said “it would be wrong for the government to interfere in the company’s restructuring”.

Shadow defence secretary Nia Griffith said: “It is time for the government to address the clear uncertainty that is felt by the industry and come forward with an urgent plan to save these jobs.

“This must include the possibility of bringing forward orders to provide additional work for BAE’s employees, such as replacing the Red Arrows’ fleet of Hawk aircraft that are approaching the end of their service life.”