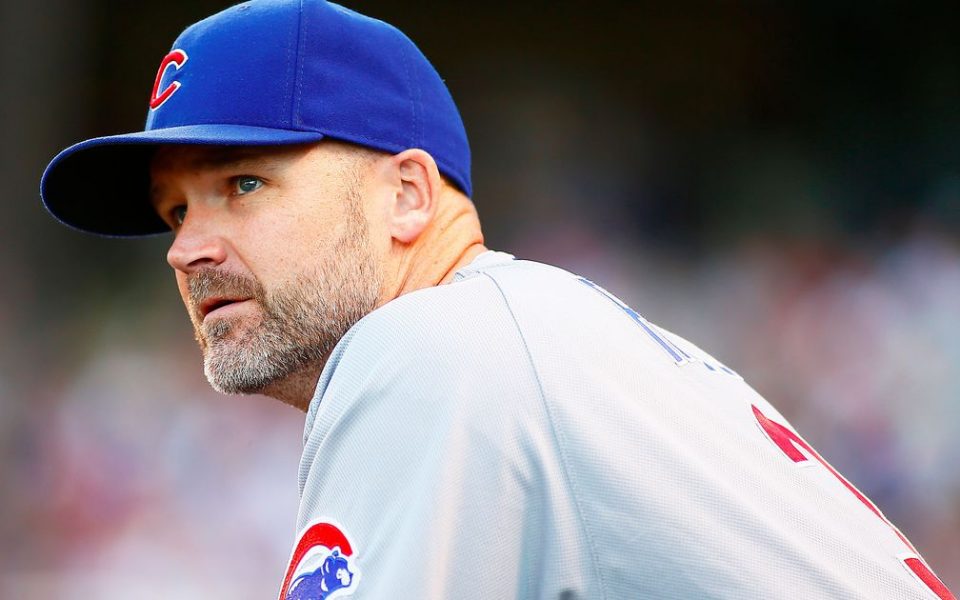 The 2016 World Series is a spectacle of youth, a chance for Major League Baseball to introduce its new wave of bright-eyed superstars to the world.

Javier Baez (23) has dazzled viewers with his defense. Francisco Lindor (22) has notched a .421 batting average the best of any hitter in the first five World Series games.

So in a series dominated by youth, it’s puzzling that a 39-year-old is the talk of the town.

As Major League Baseball introduces its baby-faced superstars to the world, it bids goodbye to Grandpa Rossy.

But here’s the thing.

Ross isn’t David Ortiz or Derrick Jeter All-Star, MVP-caliber players who received extravagant sendoffs in their final MLB seasons. He’s a back-up catcher, a career .229 hitter. In 14 years, he’s played for seven teams and logged a 100 game-season only once. His numbers aren’t staggering.

Then why, oh why, is Chicago so in love with David Ross? Why would the Cubs pay $5 million to a back-up catcher for two years?

Because David Ross is one of the good guys.

A new era has emerged in Major League Baseball, one that features young players with a lot of talent, and often, the competitive arrogance and cockiness that accompanies superstardom Yasiel Puig, the late Jos Fernandez, Bryce Harper and Baez, to name a few.

Ross is the perfect counterpart to those players, a journeyman with limited talent but invaluable intangibles.

“Too many times you portray players as clubhouse leaders and that’s done way too loosely for me,” Cubs manager Joe Maddon told MLB.com before the season. “With him, it’s legitimate. He is a clubhouse leader. Despite not hitting .275 or better, he still maintains his stature in the clubhouse because of the respect people have for him for how he goes about his business. When he says something, it’s pertinent and right on.”

Ross brought humility and grace, confidence and experience, to a team full of twentysomethings trying to win their first World Series in 108 years. He tosses bubble gum to fans during games. He stops to sign autographs. He received multiple standing ovations during the Cubs’ regular season finale at home.

He’s been in Chicago for two years, and they love him.

He’s the glue that binds the Cubs, and he commands the utmost respect.

“What I’ve learned from him last year and to this year and what I’m going to learn for the rest of my career from him being here, it’s huge to me,” Cubs first baseman Anthony Rizzo said, per MLB.com. “I gave him all the credit in the world for last year, and I still give him credit. What he does in this clubhouse helps all of us young guys.”

Ross had such a significant impact on outfielder Jayson Heyward who during his rookie season played with Ross in Atlanta that Heyward returned the favor this year. He paid for Ross to have a hotel suite while the team traveled this season.

David Ross stunned by how Chicago has embraced his retirement tour with #Cubs: https://t.co/V9MEY5FLZr

But don’t let all the talk of Ross’ intangibles take away from his contributions during this World Series.

Game 5 on Sunday marked the last game of the season at Wrigley Field, and if Chicago had lost the end of the Cubs’ phenomenal 2016 run. It also would have been the last game of Ross’ career.

Grandpa Rossy made sure that wouldn’t happen.

He was critical to the Cubs’ 3-2 win, contributing in every facet of the game.

With his glove, making a pair of tricky plays in foul ground. With his arm, throwing out the speedy Lindor to end the Indians’ scoring threat in the sixth inning and preserve the Cubs’ lead.

And even with his bat, the least impressive component of Ross’ game, he found a way to contribute when it mattered most. In the fourth inning, Ross smacked a sacrifice fly into left field, notching an RBI that would be the deciding third run in Chicago’s 3-2 win.

“I’ve had a storybook year, honestly,” Ross said. “There are so many things I can talk about that have happened to me over this year. That’s just another cool one to get the sac fly that puts us ahead and we hold on.”

David Ross is the oldest catcher to hit an RBI in the #WorldSeries https://t.co/ZtrCvEVzfu #Cubs pic.twitter.com/awLJcTYhhl

Ross’ career is still going, at least for one more game.

The Cubs face the Cleveland Indians on Tuesday in Game 6 of the World Series. Cleveland is one win away from securing their first championship since 1948.

“I love him like a brother, like a dad, like a mentor,” Rizzo said after Game 5. “I was pretty emotional, seeing him in that at-bat driving in that run, throwing that guy out. We were talking before the game, this will be a blast. We got the W. We just need to get two more Ws.”

Whenever and however this World Series concludes, one team full of young talent will hoist the trophy, and that moment will embody MLB’s new era. The youth is on the rise. “Clubhouse” guys like David Ross are dwindling.

This is the sendoff he deserves.

His ideal retirement present, though, would be a second World Series ring to compliment the one he got in 2013. If the Cubs rally to win in seven games, it will be their first World Series title in 108 years.

That’s a long time, even for a grandpa.

The Associated Press contributed to this report.