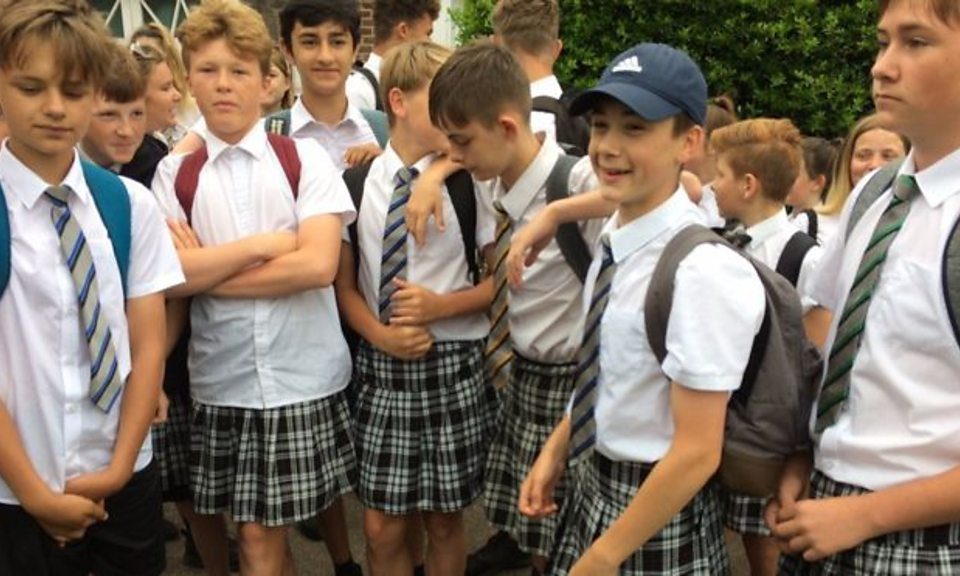 Some 30 boys have worn skirts to school in protest at being told they were not allowed to wear shorts.

The pupils from ISCA Academy in Exeter asked permission to modify their uniform because of the hot weather.

One of the boys who took part in the protest said: “We’re not allowed to wear shorts, and I’m not sitting in trousers all day, it’s a bit hot.”

Head teacher Aimee Mitchell said shorts were “not part” of the school uniform, as first reported by Devon Live.

For more on the school skirt protest, and other stories from across Devon and Cornwall.

Pupils said the idea for the protest came from the head teacher, who originally made the suggestion, although one student said he did not think she was being serious.

They said they hoped the school would reconsider its shorts policy as a result of the protest and the head has indicated it might be considered.

Ms Mitchell said: “We recognise that the last few days have been exceptionally hot and we are doing our utmost to enable both students and staff to remain as comfortable as possible.

“Shorts are not currently part of our uniform for boys and I would not want to make any changes without consulting both students and their families.

“However, with hotter weather becoming more normal, I would be happy to consider a change for the future.”

Claire Reeves, whose son is a student at the school, said she had asked the school about her son being able to wear shorts, but was “shot down”.

“I feel extremely proud of them all for standing up for their rights. People are always talking about equal right for males and females and school uniform shouldn’t be any different”, she said.

Pupils may remove their ties but must carry them with them and shirts can be untucked in class but must be tucked in when they leave the classroom.