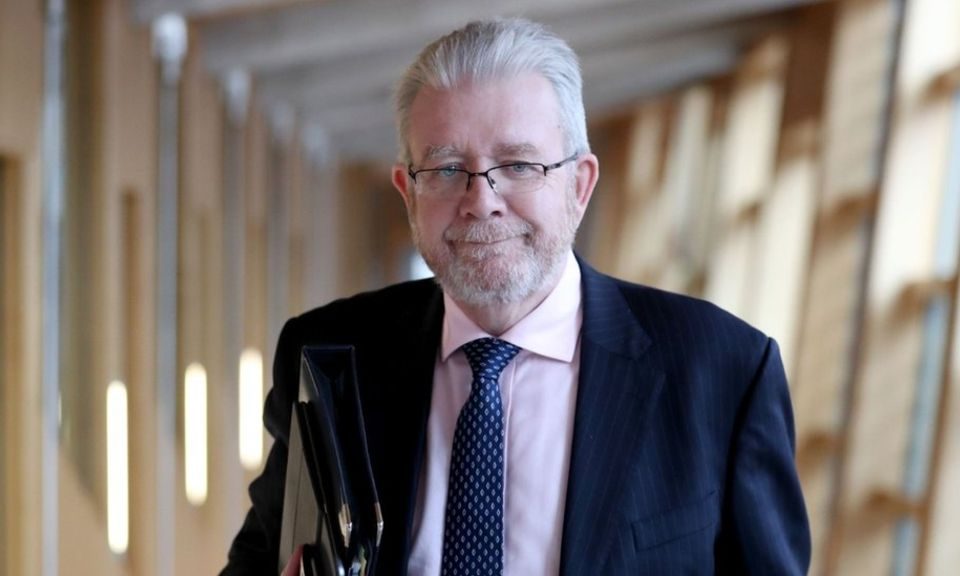 Scotland’s Brexit Minister Mike Russell has urged MSPs to back calls for changes to the repeal bill to guarantee protection for devolved powers.

The legislation will convert EU law into British law.

First minister Nicola Sturgeon has described it as a “naked power grab” as it does not immediately return EU powers to devolved administrations.

But Scottish Secretary David Mundell has insisted the bill would result in a powers “bonanza” for Holyrood.

Now Mr Russell has written to all MSPs seeking support for the Scottish government’s position.

The repeal bill, published earlier this week, is designed to transpose EU law into British law so the same rules apply on the day of Brexit as the day before, while giving parliaments and assemblies in Westminster, Edinburgh, Belfast and Cardiff the power to drop or change them in the future.

Mr Russell said that Scotland “risks having to fight for powers that should rightfully belong to the Scottish Parliament” because the legislation “contains no promise to protect these”.

He said: “Scotland will stand the best chance of keeping control of its devolved powers if the Scottish government can act with the full backing of our national Parliament.

“The first minister has already called on Members of the Scottish Parliament to join us now, with no equivocation, to back demands for the democratically elected Scottish government to be at the table in the UK’s Brexit negotiating strategy.

“But we also need to make a stand against the UK government retaining powers that rightfully should come to Scotland once repatriated from the EU.”

What is the repeal bill?

In his letter, Mr Russell highlighted concerns that the bill enables UK-wide frameworks on devolved matters to be “imposed” by the UK government rather than “agreed” with the devolved administrations.

He added: “We are also concerned that the scheme in the bill for correcting devolved law is unlikely to be workable in its current form. It creates a complex division of decision-making responsibility that does not reflect the reality of devolution.

The UK government said it expected the outcome of the process to be “a significant increase in the decision-making power of each devolved administration”.

In a briefing to journalists following the publication of the repeal bill, Scottish Secretary David Mundell said that the return of powers and responsibilities currently exercised by the EU to the UK was a “transitional arrangement” that would allow for the further onward devolution of powers.

Scottish Liberal Democrat business manager Mike Rumbles described the bill as a “huge executive power grab” and said his party would work with others to protect devolution.

He added: “It is essential that the Scottish government and the Scottish Parliament have a central role in devolved policy areas and that any powers repatriated from the EU in these areas come to Scotland.”

Ms Sturgeon wants membership of the European single market and the customs union to be at the heart of Brexit process, but Prime Minister Theresa May has insisted the UK will be leaving both.

The UK government has also previously rejected Ms Sturgeon’s calls for the Scottish government to be involved in the Brexit talks.

It has pledged to “consult” with the UK’s devolved administrations during the Brexit process.