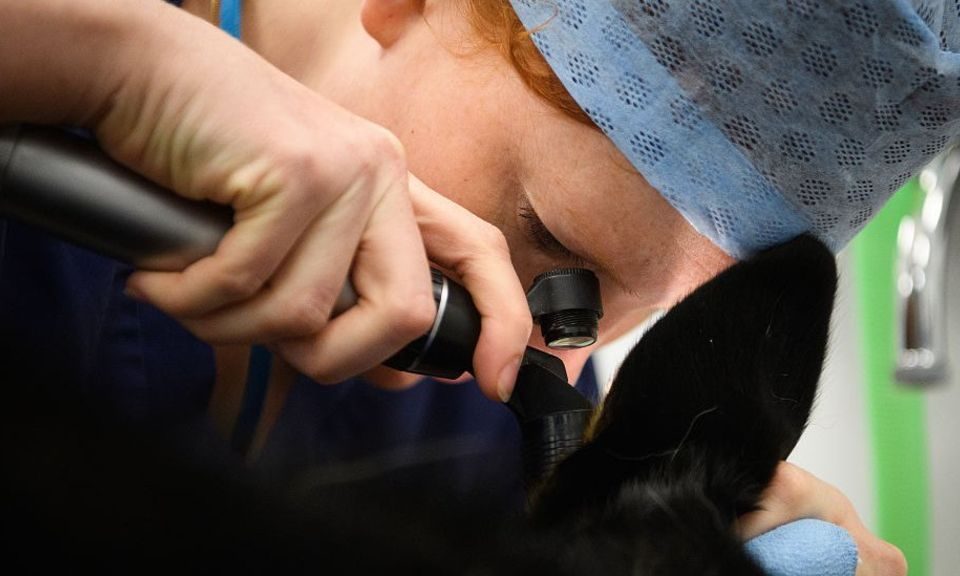 The UK is “overwhelmingly reliant” on EU workers to uphold animal welfare standards, a group of peers has warned.

The Lords EU Environment Committee said 90% of veterinary surgeons and 75% of abattoir workers were EU nationals and retaining them after Brexit was vital.

Peers said there was no reason welfare standards should fall after Brexit.

They expressed concerns about a potential shortage of experienced vets, with demand for their skills only likely to increase after Brexit.

They also warned of a threat to the competitiveness of UK firms from cheap foreign imports and urged safeguards to be written in future trade deals.

Ministers say they expect environmental and welfare standards deriving from EU membership to be maintained, as a bare minimum, after the UK leaves the EU.

But campaigners have warned they could be watered down, in some areas, as a precondition of free trade deals with the United States and other major food exporters.

On a visit to Washington on Monday, International Trade Secretary Liam Fox had to downplay reports that concerns over the lifting of a ban on US chlorinated chickens could stand in the way of a free trade agreement between the US and UK.

In its report, the committee said the UK was rightly proud of its high standards of animal welfare and that many of the laws in the area pre-dated the UK joining the European Economic Community in 1973.

But it said the “vast majority” of recent legislation in the field originated in EU law and although the UK was converting all existing EU law on to the domestic statute book, the existing framework could be affected.

“We see no reason why Brexit should diminish animal welfare standards, as long as the government is aware of the challenges ahead and acts accordingly,” said Lord Teverson, the Lib Dem peer who chairs the committee.

But he added: “We heard evidence of undeniable concern that opening up the UK market to free global trade poses a number of issues.

“We heard overwhelming support for farm animal welfare standards to be maintained or improved.

“To help achieve that, we urge the government to secure the inclusion of high farm animal welfare standards in any free trade agreements it negotiates after Brexit.”

The commitee said vets played a key role in ensuring animals were slaughtered humanely and animal shipments were properly certified, citing warnings from the British Veterinary Association that demand for certification was likely to increase if the remaining EU nations were regarded as third-party countries after Brexit.

Referring to BVA statistics showing more than 90% of vets were EU nationals, it said: “That is a concerning number because these are people who are working for our animal health, particularly in our abattoirs, and this has a knock-on effect for food safety and hygiene”.

The committee said it had been told by the National Farmers Union that vets also undertook many farm inspection and enforcement roles and the union was seeking reassurances that post-Brexit immigration controls would not limit access to experienced staff.

The government has said all EU nationals living and working in the UK for five years will be entitled to apply for settled status, enjoying broadly the same rights as now, while more recent arrivals will also be guaranteed residency rights as long as they arrived before an as yet unspecified cut-off point.

In response to the Lords report, the Department for the Environment said: “Leaving the EU provides us with an opportunity to develop gold standard policies on animal welfare.

“We are determined to get a good Brexit deal for Britain, and we have been absolutely clear we will maintain our world-leading animal welfare standards,” a spokesman added.