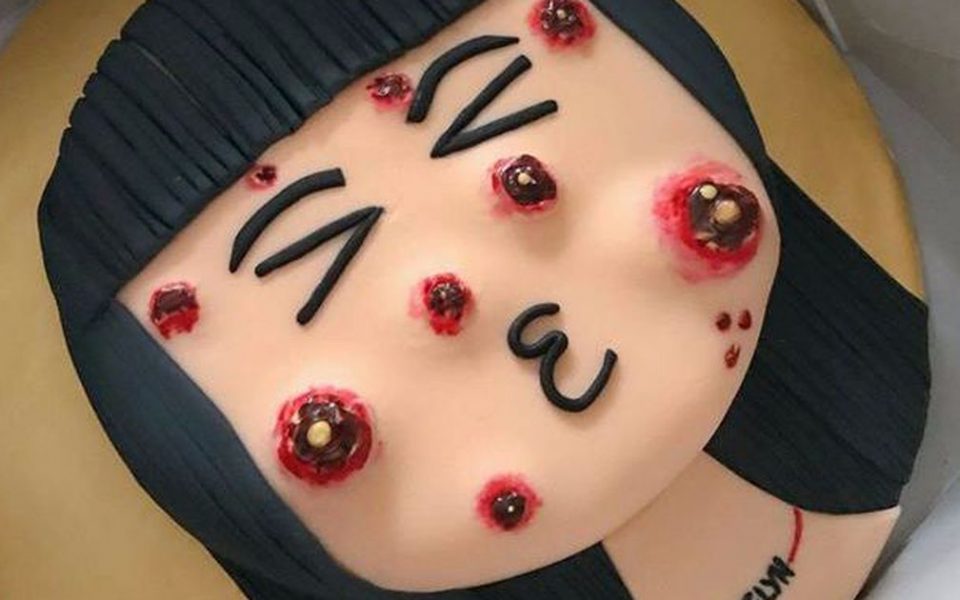 You can squeeze one out.
Image: The Cakescape/facebook

The pimple popping craze is in full bloom, and now it’s on birthday cakes. Cakes with zit heads you can actually squeeze out with your thumbs.

The Cakescape is a Malaysian bakery who’s been consistently pumping out these zit cakes for months. Its version has a face, with red, blotchy pimples on it.

The rather realistic looking pimples are also squeezable, and birth clumps of pale cake “heads” when you press on their sides.

Check out the video of one of its cakes in action:

The Cakescape told Mashable that it’s already sold about 20 of the cakes in the past year, and that the pace of orders has picked up.

Most people want these cakes for the shock factor, such as for bachelorette party celebrations, it said.

The rise of the pimple popping craze, thanks in part to online personalities like Dr. Sandra Lee (a.k.a. Dr. Pimple Popper) has also led to the rather revolting pimple cupcake that trended last year.

I like pimple popping videos as much as the next person, but making them edible really takes it to the next terrifying level.

WATCH: The science behind why “bacne” happens to good people