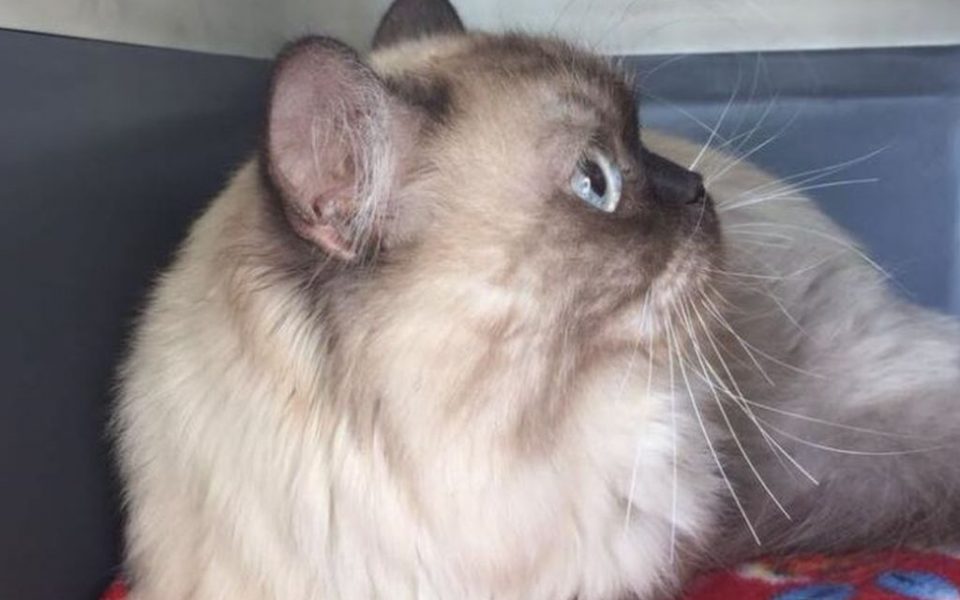 A cat has been reunited with its UK owners more than two months after going missing at Dubai Airport.

Dinky, a ragdoll cat, was supposed to have been loaded on to a plane to return to Northamptonshire with owners Ian and Sue Lees.

However, when they arrived at Gatwick Airport Dinky’s cage was empty.

After pleas on social media, Dinky was found at a rescue centre in Dubai. It is believed he escaped at the airport.

Mr and Mrs Lees left Dubai on 27 July after living there for five years.

Ian Lees had taken the couple’s two cats to the airport cargo area where staff were to load them on a plane.

However, on arrival at Gatwick, pet reception staff presented them with Dinky’s empty cage.

Mr Lees said they had no idea whether the cat was still in the aircraft or had escaped at Gatwick or in Dubai.

However, Mrs Lees was convinced Dinky could not have left Dubai, as his cage was too clean.

“I know what a mess he makes and there was no mess in that cage,” she said.

Back in Dubai, their daughter set up a Facebook page to try and find him.

Finally, late last month the family got a text from the rescue centre in Dubai.

They were reunited with Dinky – 18 miles away from where they last saw him at the airport.

He was brought safely home at the weekend.