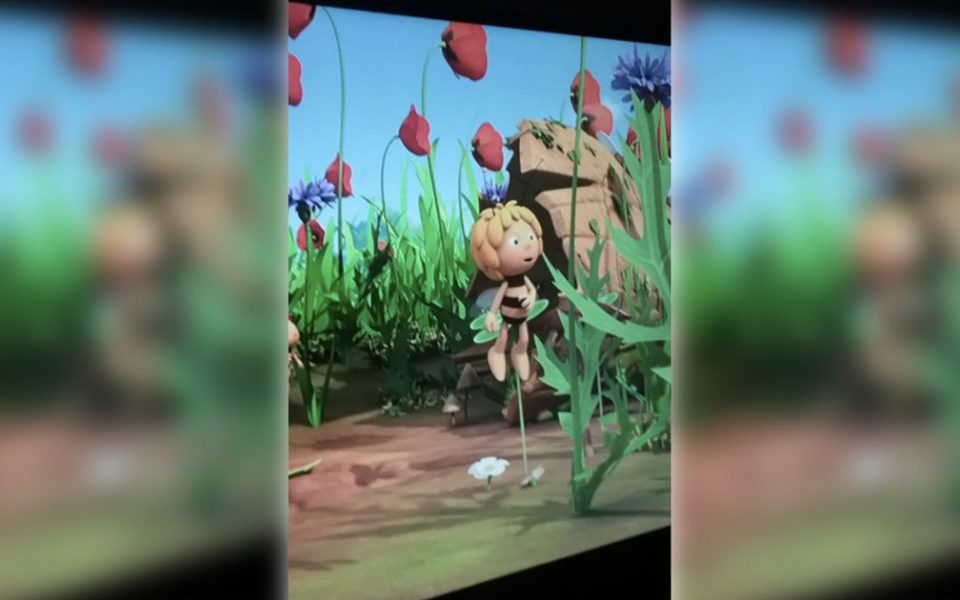 It’s not every day you’re forced to shield your child’s eyes while watching children’s television show.

Maya the Bee, a show on Netflix created by Studio 100 Animation and based on a German children’s book, came under fire this week after concerned mothers noticed a crude drawing of a penis in one of the scenes. Nope, this isn’t a debunk-able Disney moment—there are screenshots to prove it.

SEE ALSO: Netflix’s prices are insanely low—enjoy it while you can

This show is on @netflix its called maya the Bee this episode is S1E35 around 5:14 mins in they have a #dick on the log wall pic.twitter.com/lb5bK88Ex5

According to Variety, the initial keen eyed mom was Chey Robinson. After spotting the drawing, she shared it with her Facebook audience, explaining that she “did NOT edit any images whatsoever” from the episode in question—episode 35 of season one.

If you check out Netflix now, the questionable episode has been removed from the streaming platform; Mashable has reached out to Studio 100 Animations, and will update with comments accordingly.

But if you don’t believe it yourself, Robinson’s video footage has been captured on Youtube.

Truly, nothing is sacred.