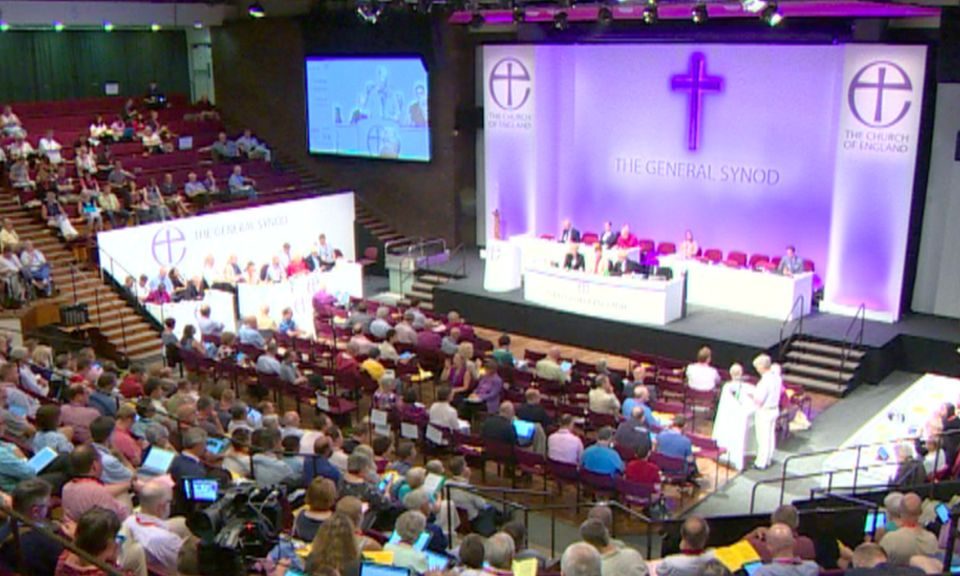 Church of England to vote on transgender services – BBC News

The Church of England’s governing body is due to vote on whether special services should be held for transgender people.

Supporters of the services say the Church should offer a welcome to people to mark their transition.

Others suggest the services would be counter to some parts of the Bible which state that humans are created as either male or female.

The Church conducts multiple marriages, christenings, and blessings every day, and now it is being asked to add to its liturgy a service to welcome transgender Christians to their new identity.

Such a service would not be a second baptism, however, as the Church’s teaching is that humans are made in the image of God – transcending gender – and baptism takes place only once.

Supporters say such a welcome would help people undergoing the trauma of transition, or transphobic bullying.

On Saturday, the general synod voted clearly in favour of a motion calling for a ban on so-called conversion therapy.

This is a process that can help gay people alter their sexuality.

The debate was emotional but the vote conclusive.

While splits over sexuality remain, liberal Anglicans see the vote as a victory.

The Archbishop of Canterbury, Justin Welby, has said the Church will spend three years on a document outlining a new stance on sexuality.

Current rules ban the marriage of same-sex couples in church.

Services of blessing for civil partnerships are also prohibited, but informal prayers are allowed.