Previous postThe wettest summer on record - 10 years on from the 2007 floods - BBC News
How much waste do meal kits actually generate?Next post 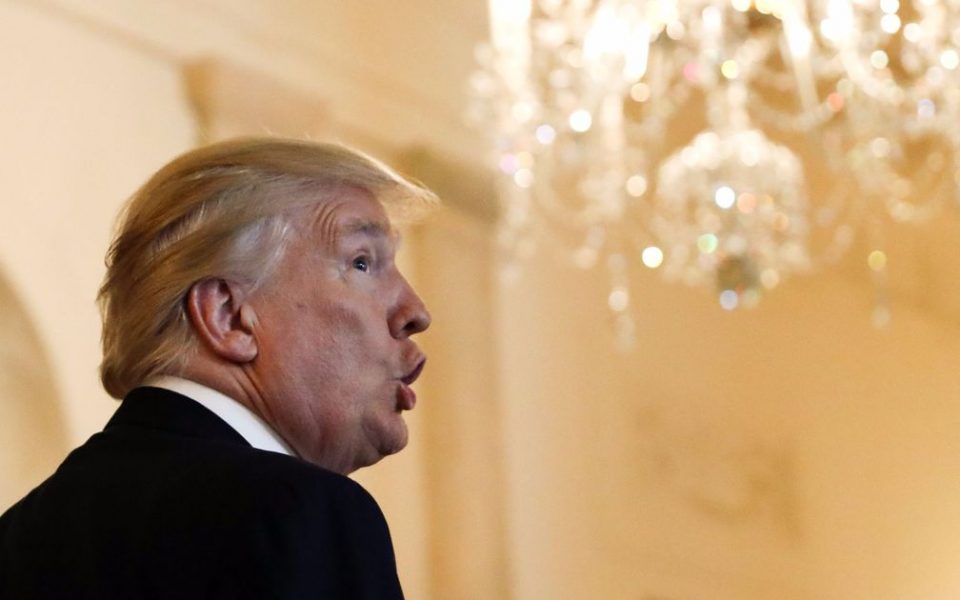 President Donald Trump has a way of upending news cycles and his own agenda with a few early-morning 140-character messages tapped out on the Twitter app.

Never before has a president used social media like this. Trump unleashes diatribes against enemies and friends, lashes out at news outlets and TV hosts, and chastises both Democrats and Republicans.

We’ve rounded up six of his most consequential tweetstorms, below.

Really, if we compiled a list of Trump tweetstorms that included just the ones about “fake news,” you may finish reading only to realize you haven’t eaten in a few days.

So we picked one of his most outrageous rants against news he doesn’t like.

This one perhaps broadened the standard definition of “tweetstorm,” since it continued from June 27 into June 28. Maybe we’ll call it a series of scattered tweetstorms. Either way, Trump went after some of his favorite media targets.

Fake News CNN is looking at big management changes now that they got caught falsely pushing their phony Russian stories. Ratings way down!

So they caught Fake News CNN cold, but what about NBC, CBS & ABC? What about the failing @nytimes & @washingtonpost? They are all Fake News!

The failing @nytimes writes false story after false story about me. They don’t even call to verify the facts of a story. A Fake News Joke!

Some of the Fake News Media likes to say that I am not totally engaged in healthcare. Wrong, I know the subject well & want victory for U.S.

We could say this about so many things during Trump’s first six months as president, but, in any other administration, accusing your predecessor of “wiretapping” you could easily define the entirety of a presidential term.

For Trump, it was just a Saturday in March. There was no initial press conference to level the accusation in a controlled arena, and Trump presented no evidence to back up this jaw-on-the-floor claim. That’s almost certainly because Trump has no evidence. He sent the tweets anyway.

Terrible! Just found out that Obama had my “wires tapped” in Trump Tower just before the victory. Nothing found. This is McCarthyism!

Is it legal for a sitting President to be “wire tapping” a race for president prior to an election? Turned down by court earlier. A NEW LOW!

I’d bet a good lawyer could make a great case out of the fact that President Obama was tapping my phones in October, just prior to Election!

How low has President Obama gone to tapp my phones during the very sacred election process. This is Nixon/Watergate. Bad (or sick) guy!

Trump fired FBI Director James Comey on May 9 as the agency investigated whether his administration and campaign had illegal ties to the Russian government, immediately prompting Trump opponents to say the president was obstructing justice.

Trump called Democrats a bunch of hypocrites for opposing his decision to fire Comey, citing Democrat outrage over Comey’s recent decision to publicly reopen an investigation into Hillary Clinton’s use of email during her tenure as secretary of state.

Cryin’ Chuck Schumer stated recently, “I do not have confidence in him (James Comey) any longer.” Then acts so indignant. #draintheswamp

The Democrats have said some of the worst things about James Comey, including the fact that he should be fired, but now they play so sad!

James Comey will be replaced by someone who will do a far better job, bringing back the spirit and prestige of the FBI.

Trump’s sexism is well-known. Before he was elected president, a video of him saying “you can do anything” to women “when you’re a star,” including “grab ’em by the pussy” was perhaps the moment Republicans came closest to disowning him as their presidential candidate.

But of course Trump marched on, and continued to put his sexism on display last month when he renewed his battle with MSNBC morning show hosts Mika Brzezinski and Joe Scarborough, who have often criticized the president. Trump attacked Brzezinski’s intelligence and appearance, and made it seem as though the two had begged for his attention before Trump stepped into the White House.

…to Mar-a-Lago 3 nights in a row around New Year’s Eve, and insisted on joining me. She was bleeding badly from a face-lift. I said no!

The tweets stoked all-too-familiar outrage, but didn’t lead to the type of Republicans-teetering-on-the-edge hand-wringing of the video released before the election.

Alright, so this isn’t quite a tweetstorm, but we’ll call it a Very Important Series of Tweets.

Trump’s oldest son, Donald Trump Jr., cannonballed into the Russian collusion narrative earlier in July, when he tweeted a series of emails (which The New York Times had obtained) that showed he took a meeting during the campaign in which he thought a Moscow-connected Russian lawyer and others would offer information damaging to Hillary Clinton.

My son, Donald, will be interviewed by @seanhannity tonight at 10:00 P.M. He is a great person who loves our country!

My son Donald did a good job last night. He was open, transparent and innocent. This is the greatest Witch Hunt in political history. Sad!

Also, in a statement, Trump called his son a “high quality person.”

Trump has tried to block U.S.-bound travel from several predominantly Muslim nations since he took office, but the ban has never stood up in full when presented before a court. That’s partially because Trump has insisted on calling it a “ban,” a term his administration sought to avoid because it would cause justices to question whether Trump was pushing for a travel ban on certain nations because those nations were predominantly Muslim, which is unconstitutional.

The 9th Circuit Court of Appeals cited Trump’s tweets referring to the “travel ban” when it struck down large swaths of the ban because it targeted Muslims for their religious beliefs.

Here are the consequential tweets:

People, the lawyers and the courts can call it whatever they want, but I am calling it what we need and what it is, a TRAVEL BAN!

The Justice Dept. should have stayed with the original Travel Ban, not the watered down, politically correct version they submitted to S.C.

In any event we are EXTREME VETTING people coming into the U.S. in order to help keep our country safe. The courts are slow and political!

We’ll probably be back here in another six months with still more tweets that have unleashed torrents of chaos on the nation and the globe.

WATCH: Donald Trump vs. The Dictionary