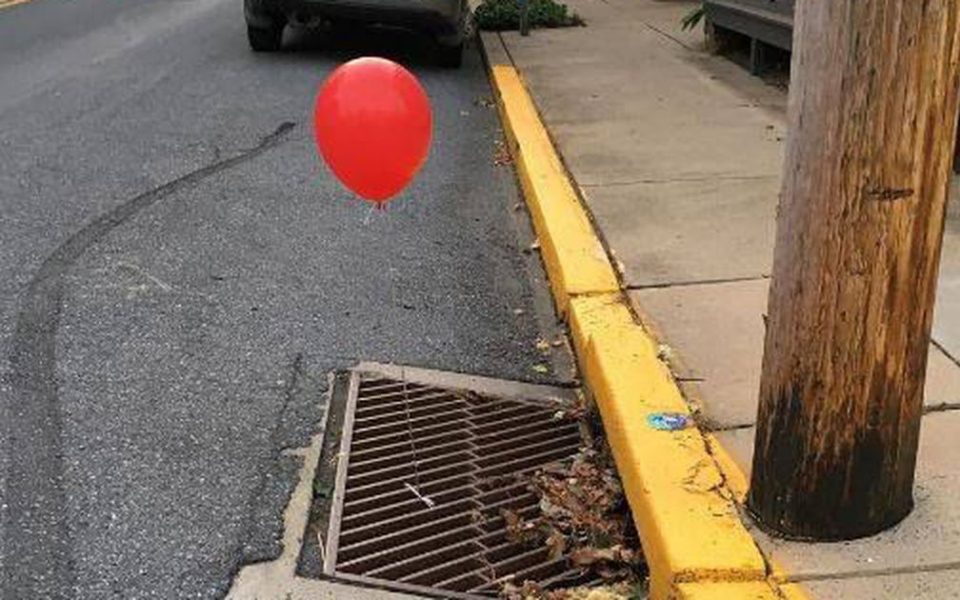 Cops ‘completely terrified’ after discovering ‘IT’ balloons on sewer grates

Even cops are afraid of clowns.

Police in Lilitz, Pennsylvania were less than pleased to find a local prankster “promoting” the upcoming release of Stephen King’s novel turned horror flick, IT.

“We give points for creativity, however we want the local prankster to know that we were completely terrified as we removed these balloons from the grates and we respectfully request they do not do that again,” the police wrote on Facebook.

Balloons were spotted tied to sewer grates in Australia along with a message promoting the film, but the balloons in Pennsylvania were found without messages tying them to the film, making it even creepier.

The cops requested that the prankster not repeat their actions.

The original post received a lot of attention, so the police followed up with a photo of a man in a red clown wig dusting the balloon for prints.

“Now due to widespread media coverage all over the country and intense public scrutiny and outcry, we have turned the investigation over to our Criminal Investigations Division for further investigation and prosecution of the person(s), errr ah, ‘thing’ responsible,” the cops jokingly wrote on Facebook.

While the current clown hysteria is funny, it does come just a year after “killer clowns” dominated headlines in America.

WATCH: May the Schwartz be with you: 7 facts you probably didn’t know about ‘Spaceballs’

WATCH: May the Schwartz be with you: 7 facts you probably didn’t know about ‘Spaceballs’