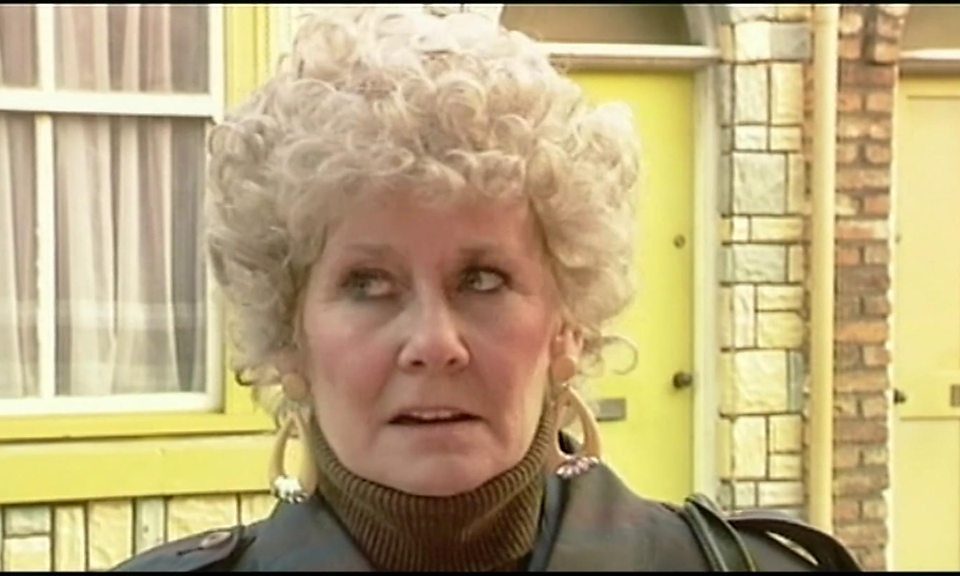 Coronation Street legend Liz Dawn, who played Vera Duckworth in the soap for more than 30 years, has died.

Her family said they were “devastated” after the death of the “incredible” 77-year-old.

They added: “She has been the love, light and inspiration in our lives and we are bereft at her passing.”

Dawn died at her home, surrounded by her family, on Monday night. ITV said everyone at Coronation Street was “heartbroken” at the news.

They said in a statement: “We have been blessed to have Liz in our lives, as she was such a kind, considerate and caring friend and colleague.

Vera was one of soap’s great matriarchs and her stormy relationship with husband Jack, played by Bill Tarmey, provided on-screen drama and humour for years. Her early years had also focused on her work at the factory with friends including Ivy Tilsley.

She played the role from 1974 until 2008, when an episode featuring Vera’s death attracted more than 12 million viewers. She had been diagnosed with emphysema in 2004.

Dawn said at the time of her exit from the show that she had a “marvellous” time playing Vera, and it had been “very emotional” filming her final scenes.

She returned to the street in 2010, when she played her own ghost in the episode in which Jack Duckworth died, with the pair sharing a last dance together.

“Everyone lucky enough to have worked with Liz during her 34 years playing Corrie icon Vera Duckworth will remember her with huge affection.”

Coronation Street actor Antony Cotton described her as “a wonderful actress, a fascinating storyteller, a hilarious comedian and most importantly a brilliant friend”.

He said: “For many people of my generation, Jack and Vera WERE Coronation Street.”

Former Coronation Street producer Mervyn Watson told BBC News: “She was big, she was colourful, and she was real. Those are the qualities in her character that came across on screen – for those reasons she was wonderfully theatrical.”

He said Vera and Jack’s relationship was “pure gold”, and that Dawn was “a joy to work with” and had a “big personality and a big heart”.

Watson added: “The main thing is, she was just so funny.”

Labour MP Tracy Brabin, a former Coronation Street actress, told BBC News: “She was a legend and an icon, an incredible person to work with.

“Deeply authentic, a natural comedian and a heart as big as Manchester.”

Other co-stars also paid tribute, with Kevin Kennedy – who played Curly Watts – saying she made him laugh every time he saw her.

Liz Dawn made me laugh every time I was was with her , that will be my everlasting memory of her sleep well kid

Current Coronation Street actress Kym Marsh said she would be “so missed”, while former Street star Jimi Mistry said he was “very sad” about her death.

Just heard the terrible news of our lovely Liz Dawns passing. I'm so sad. What a wonderful lady. She will be so missed. Love to her family x

Dawn was made an MBE in 2000 for services to charity, and commented: “What would our Jack say?”