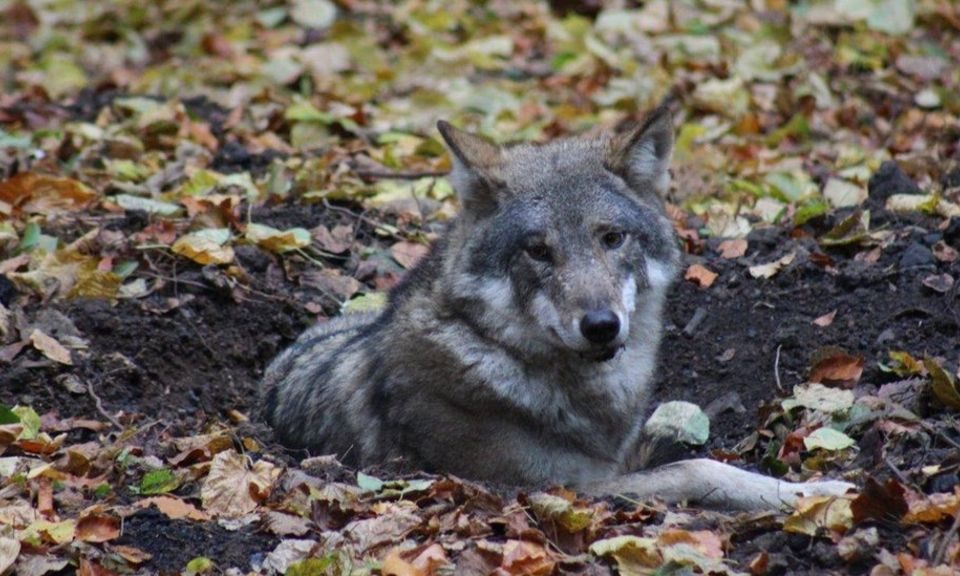 A wolf has been shot dead after it escaped from Cotswold Wildlife Park in Oxfordshire.

Visitors to the park were told to stay indoors when the female animal, named Ember, was discovered outside the perimeter fence at 11:00 BST on Friday.

The park’s managing director said staff tried to tranquilise the three-year-old Eurasian wolf, but it was out of range.

Earlier this year Ember gave birth to five cubs, the first wolves to be born at the park in its 47-year history.

Visitor Penelope Bennett said on Twitter: “Wolf on the loose at the Cotswold Wildlife Park and we are all shut in the walled garden.”

Managing director Reggie Heyworth said when keepers realised the animal was not in its enclosure the park’s “emergency plan” was activated immediately.

He added: “As a precaution, all visitors and other staff were notified immediately. Those that were indoors were asked to remain where they were.

“At no time were members of the public in any danger as the wolf was away from the visitor area throughout.”

The wolf was found just outside the park’s perimeter fence, towards the A361, and was shot by a member of staff.

Mr Heyworth said staff were “devastated” and a full investigation into the incident was being carried out.

Ember and two-year-old male wolf Ash arrived at Cotswold Wildlife Park from Sweden in October 2016 as part of a breeding programme.