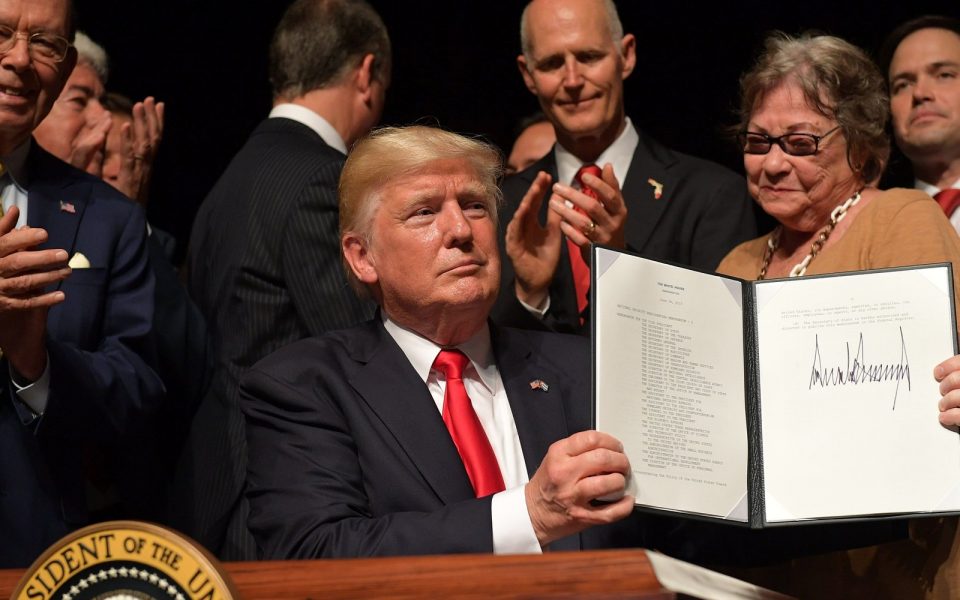 Cuban Government Says Trump Will Not Weaken The Revolution

The Cuban government on Friday denounced U.S. President Donald Trumps new measures to tighten the blockade on the island as a setback in U.S.-Cuban relations, but said it remained willing to continue respectful dialog.

In a statement read out on the evening news, the Communist government said Trump was resorting to coercive methods of the past that hurt the Cuban people and prevented economic development but would not weaken the revolution.

Trump announced his partial rollback of the detente initiated by former President Barack Obama earlier in the day in a speech in Miami, saying he was canceling the terrible and misguided deal with Havana.

The Cuban government denounces the new measures hardening the blockade that are destined to fail … and that will not achieve their aim of weakening the revolution, Havana said.

Trump has ordered tighter restrictions on Americans traveling to Cuba and a clamp-down on U.S. business dealings with the Cuban military.

He said he based the measures largely on human rights grounds, calling on Cuba to release political prisoners and hold free and fair elections.

Cuba charged Trump with manipulating the topic for political ends, adding that the United States was not in a position to give lessons on human right given its own domestic problems.

We have serious worries about the respect and guarantee of human rights in that country, Havana said, citing reports of police abuse, gun crime, racial discrimination, lack of public healthcare, gender-based wage inequality and torture at the Guatnanamo Naval base.

On a positive note, the Cuban government said the two countries had proven over the past two years that they could cooperate and coexist in a civil manner, respecting their respective differences.

But it should not be expected that to that end, Cuba will make compromises to its very sovereignty, it said. The Cuban people will continue deciding itself on the changes necessary for Cuba.