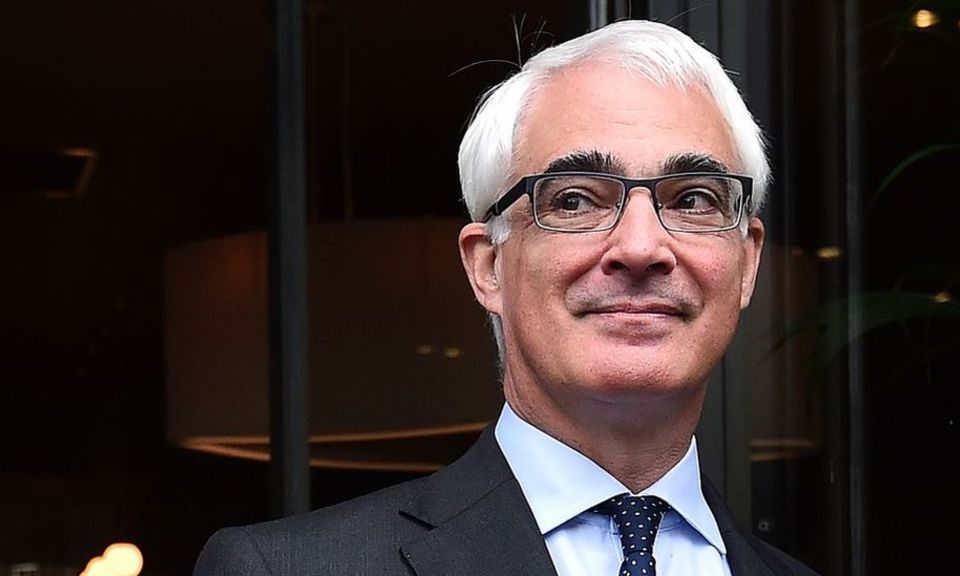 Regulators must remain “very very” vigilant about the risks to the economy, former chancellor Lord Darling has told the BBC – 10 years on from the start of the financial crisis.

He said a rising level of consumer debt in the economy was a growing concern.

Lord Darling was speaking on the 10th anniversary of the 2007 crash, which led to the government spending billions of pounds rescuing major banks.

He said the financial system was now safer but warned of “complacency”.

“The lesson from 10 years ago is that something that can start as apparently a small ripple in the water can become mountainous seas very quickly,” he told BBC Radio 4’s Today programme.

The Labour peer said that over the last seven or eight years the economy had grown with “the odd stutter”.

However, he said he was concerned it was now starting to slow down again and that Brexit was causing “massive uncertainty”.

This, coupled with rising levels of consumer debt, should “raise alarm bells” for an economy so dependent on consumer spending, he said.

“When interest rates go up, and they will go up, if not this year then certainly next year, and suddenly people find they are going to be paying more in their monthly payments, that’s when you need to watch out.”

Lord Darling – or Alistair Darling as he was then known – became chancellor of the exchequer in June 2007, two months before French bank BNP Paribas famously shut down several investment funds citing problems in the US securities market.

This is widely viewed as the start of the financial crisis, and the former chancellor recalled: “As in every other treasury in the world, problems in the financial industry simply had not surfaced.”

Over the next few years the government was forced to step in as global financial markets seized up and banks stopped lending to each other.

It nationalised some lenders and provided tens of billions of taxpayers’ money to prop up banks such as RBS that otherwise would have collapsed.

“In the early stages it looked that there was just a problem with [the bank] Northern Rock,” Lord Darling said.

“However, it became clear as we went through August of 2007 that more and more banks were becoming reluctant to lend to each other – which was extraordinary at that time – and that there was a more deep-seated problem.”

“Probably the most scary moment” of the crisis, he said, was the run on RBS by its corporate customers in October 2008.

“I had to go to one of these meetings of European finance ministers, and I was asked to come out and take a call from the then chairman of RBS [Tom McKillop] who said the bank was haemorrhaging money,” Mr Darling said.

“Remember this was not only the biggest in the world, it was about the same size as the entire UK economy.

“I said to him, how long can you last? And what he said to me shook me to the core. He said, ‘well we’re going to run out of money in the early afternoon’.”

If the government hadn’t intervened quickly, Lord Darling said, “there would have been blind panic throughout the entire banking system, not just in the UK but around the world”.

He said banks today were much better capitalised than in 2007 and regulators “more sharp and ready to intervene”.

But he warned the next crisis was likely to come from “somewhere unexpected and from causes that haven’t yet been identified”.

“The biggest danger is complacency. And of course in a few years’ time when institutional memories start to fade, and the people around have all gone and retired, then that’s where the risk occurs.”