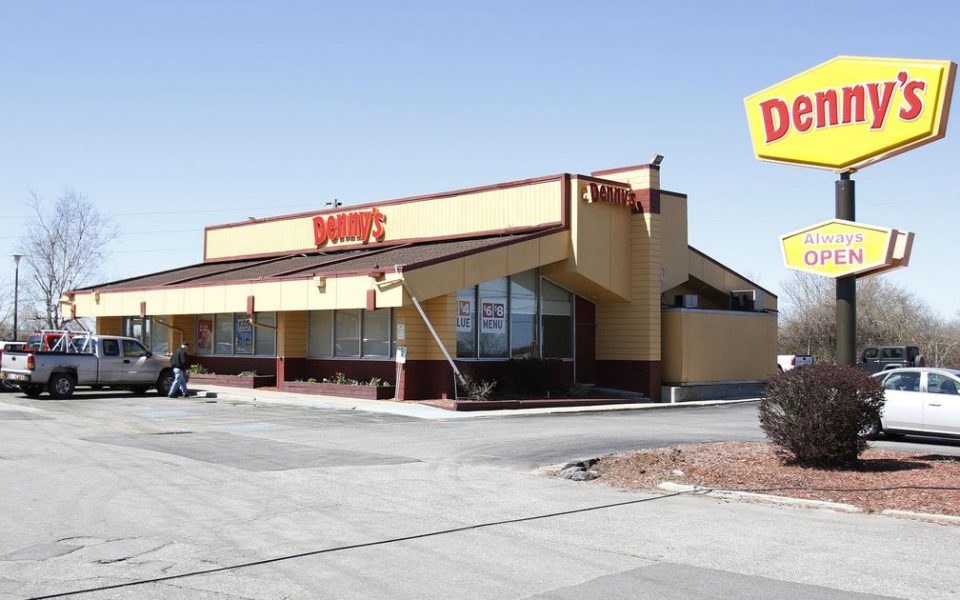 You're about to see your local Denny's in a whole new way.
Image: JOEL PAGE/Press Herald via Getty Images

Denny’s is best known for their signature Grand Slam breakfasts, but that may have just changed…

All eyes are on their fairly new, not so appetizing mascot-type thing that a lot of people think bears a striking resemblance to feces.

It’s kind of impossible not to see it.

The Dennys turd is here with lunch pic.twitter.com/uoqLsi2xzt

Denny’s was probably aiming for a friendly sausage as their mascot, but at best we have a face that seems more like it’s welcoming us to the bathroom than a restaurant — and some people are straight up calling it a “turd.”

I had this same thought today 🤦🏻‍♂️ pic.twitter.com/4QVuNpgE6o

And what’s with those long arms? And that terrible fashion sense?

A turd in a fedora. I bet he’s huge on Reddit.

You better eat that lunch! The Denny’s turd spent all morning slaving over a hot toilet bowl to make it.

Wierd he usually only shows up after you finish eating

Denny’s does often gives me “the slams”

Well, shit. What are we going to eat for lunch?

Truth in advertising, I respect that.

And some are just plain confused.

Is that a Sausage Party character?

What is this even?

Regardless of what he’s actually supposed to be, one thing is for sure: this little guy definitely does not look like something you want to eat.