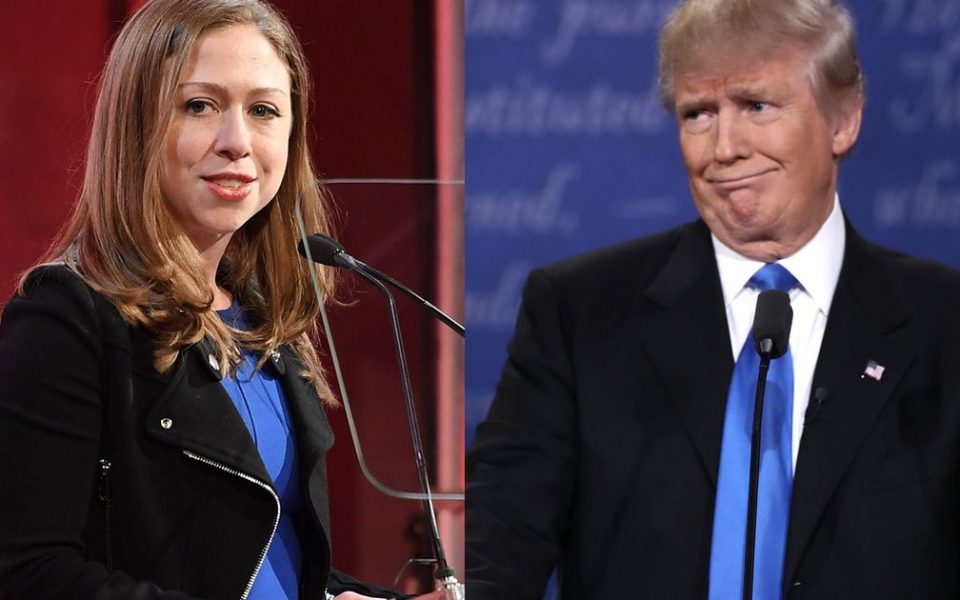 The 2016 election ended months ago, but for some reason, Donald Trump still can’t seem to stop talking about the Clintons.

It all started when Trump received some backlash after the president’s daughter, Ivanka you know, the woman who claims she tries to “stay out of politics” sat in for her father at a session at the G20 summit on Saturday. The internet was not particularly pleased with Ivanka’s appearance, and people began questioning what qualifies her to represent the country while conferring with world leaders.

This morning, Trump attempted to defend his decision to ask Ivanka to “hold [his] seat,” first noting that German Chancellor Angela Merkel agreed seat-holding was “standard.”

When I left Conference Room for short meetings with Japan and other countries, I asked Ivanka to hold seat. Very standard. Angela M agrees!

Then Trump imagined how the media would have covered the incident had Hillary Clinton been the one who had asked her daughter to sit in during a meeting.

If Chelsea Clinton were asked to hold the seat for her mother,as her mother gave our country away, the Fake News would say CHELSEA FOR PRES!

In the tweet, which included another attack on the “dishonest media,” Trump claimed that had Chelsea Clinton sat in for her mother while she “gave our country away” the “Fake News would say CHELSEA FOR PRES!” rather than criticizing the family.

Clinton quickly responded to the president’s tweet, coming to the defense of both of her parents and throwing some shade in the process.

Good morning Mr. President. It would never have occurred to my mother or my father to ask me. Were you giving our country away? Hoping not. https://t.co/4ODjWZUp0c

Though Trump is no stranger to early morning Twitter rants, this particular tirade did seem to be especially broad and there’s no denying the timing is certainly convenient.

Since Trump seems to have mastered the art of distractions, one can’t help but wonder if he’s simply stirring up some social media trouble to draw attention away from reports that his son, Donald Trump Jr., met with a Russian lawyer during the 2016 election in hopes of obtaining information on Hillary Clinton.

Donald Trump Jr., who has been noticeably active on Twitter lately himself, also weighed in on the Ivanka controversy, asking those “outraged” by the sit-in if they’d prefer him to sub in for his father instead.

If the left is so “outraged” about Ivanka sitting in for a few minutes, maybe they’d be happier if I sub in for a while??? LMK #MAGA https://t.co/Tfr1u8HSF3

WATCH: Donald Trump vs. The Dictionary