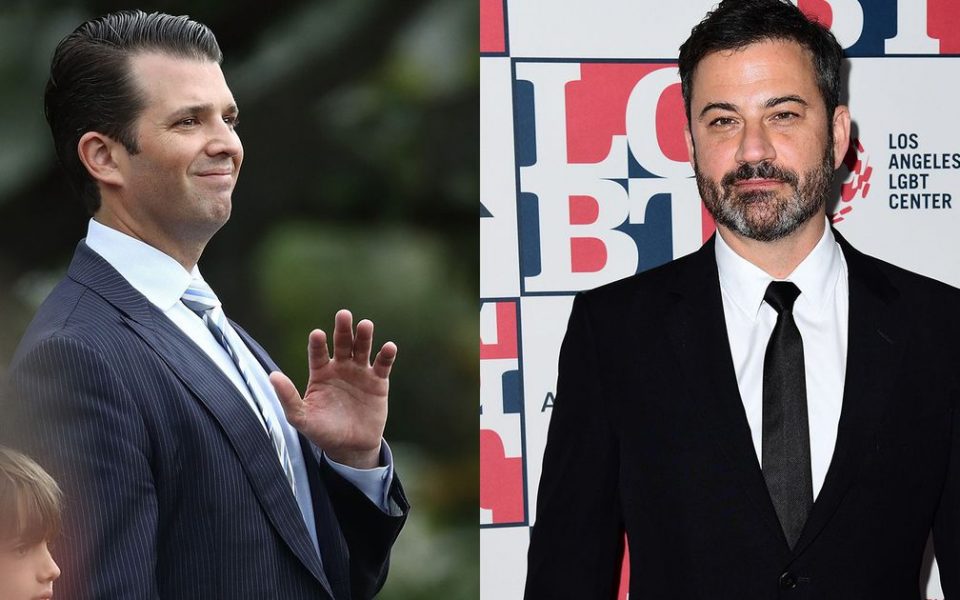 Donald Trump Jr. and Jimmy Kimmel got in a bit of a Twitter squabble this weekend and it’s no surprise who won

Donald Trump and Donald Trump Jr. had nothing better to do than come for Jimmy Kimmel this weekend, 140 characters at a time. It backfired spectacularly.

Kimmel called for Trump to quit on Sunday morning after the president tweeted his displeasure with late night hosts who he believes are “dealing with the Democrats” due to their anti-Trump material. Trump Jr. took it upon himself to chime in on Twitter too.

SEE ALSO: Jimmy Kimmel rejoices over the healthcare bill being no more

Excellent point Mr. President! You should quit that boring job – I’ll let you have my show ALL to yourself #MAGA

Trump Jr.’s response to Kimmel was a pivot to Harvey Weinstein, the producer who was fired from The Weinstein Company after sexual harassment claims arose last week in a New York Times exposé.

“You mean that big story from the failing, liberal, one-sided New York Times?,” Kimmel responded, referencing Trump’s false remarks this summer about the status of the newspaper. “I think it is disgusting.”

You mean that big story from the failing, liberal, one-sided @nytimes? I think it is disgusting.

To which Trump Jr. only had this to say: “Great I look forward to your monologues next week. You’re probably due for a change if only for a moment or two.”

Great I look forward to your monologues next week. You’re probably due for a change if only for a moment or two. https://t.co/hoEbRApHeT

“Great,” Kimmel responded. “In the meantime, enjoy this!,” he wrote, attaching the infamous Access Hollywood video of the president and Billy Bush, in which Trump speaks lewdly about women.

great – in the meantime, enjoy this! https://t.co/kQsBAioFwh

Trump Jr. has yet to respond to that particular tweet, but he should probably keep his eyes and ears open for whatever Kimmel has in store for this week’s monologues. Judging by his recent ones, he will most definitely have something important to say.