Previous postSouth Korea Has A New President, But His Hot Bodyguard Is Stealing The Show
The postcards helping a little girl recover from cancer - BBC NewsNext post 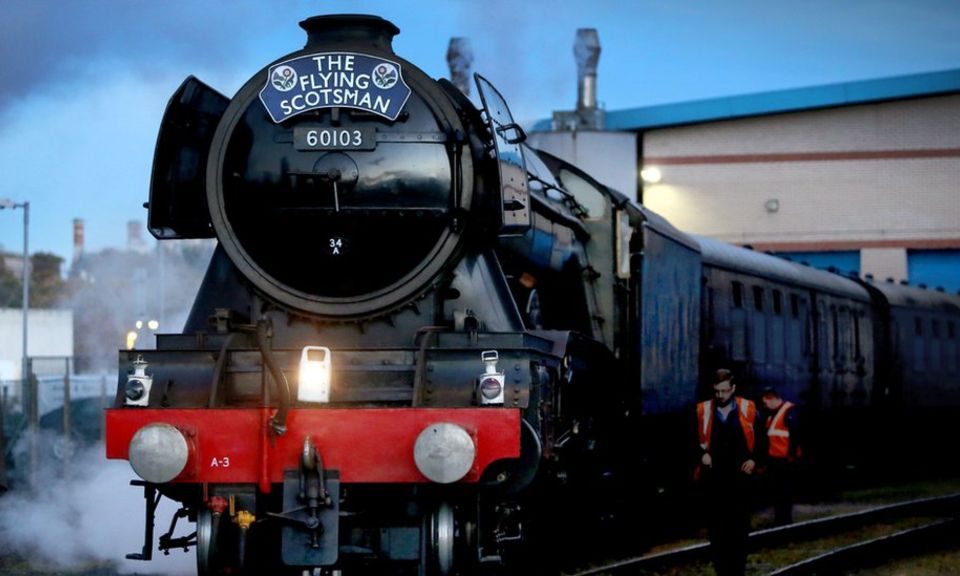 Steam enthusiasts have been warned of the dangers of trespassing on railway lines or using drones as the Flying Scotsman prepares to visit Scotland.

The iconic steam locomotive will arrive at Edinburgh Waverley late on Saturday ahead of a tour of Fife.

Police and transport officials said drone use was not permitted within 50m of the line and onlookers should stay well away from the tracks.

This will be the engine’s second visit to Scotland since its restoration.

The Flying Scotsman, which is based at the National Railway Museum in York, made its first post-restoration visit to Scotland a year ago.

Hundreds of enthusiasts lined the route and were later praised for their responsible behaviour.

The engine’s inaugural run in northern England in February last year, however, was marred when some fans put themselves in danger.

Network Rail had to pay out almost 60,000 in compensation when 59 train services were delayed by people encroaching on to the track.

Additional staff will be deployed at key stations and along the engine’s route for the locomotive’s latest visit to Scotland.

The Network Rail helicopter will be scanning for trespassers ahead of the Flying Scotsman’s arrival.

Alex Sharkey, head of operations for the ScotRail Alliance, said: “It is extremely dangerous and illegal for the public to trespass on the railway and those who plan to enjoy seeing Flying Scotsman must ensure they do so from a safe position.

“We will continue to operate a full service, with hundreds of other trains running on our lines throughout the time Flying Scotsman is in Scotland, and members of the public must not enter the operational railway under any circumstances.”

Ch Insp Sue Maxwell, from British Transport Police, said anyone caught trespassing on a railway could end up with a criminal record and a fine of up to 1,000.

She added: “We understand that the return of Flying Scotsman is an exciting event. However, we want you to view the iconic steam train safely, and there are lots of safe places to see it and take photographs.

“Please do not be tempted to stray on to the railway and risk your safety. Trespassing is also likely to delay the train. Stations along the route may be extremely busy, so listen to the staff who are there to assist you.”