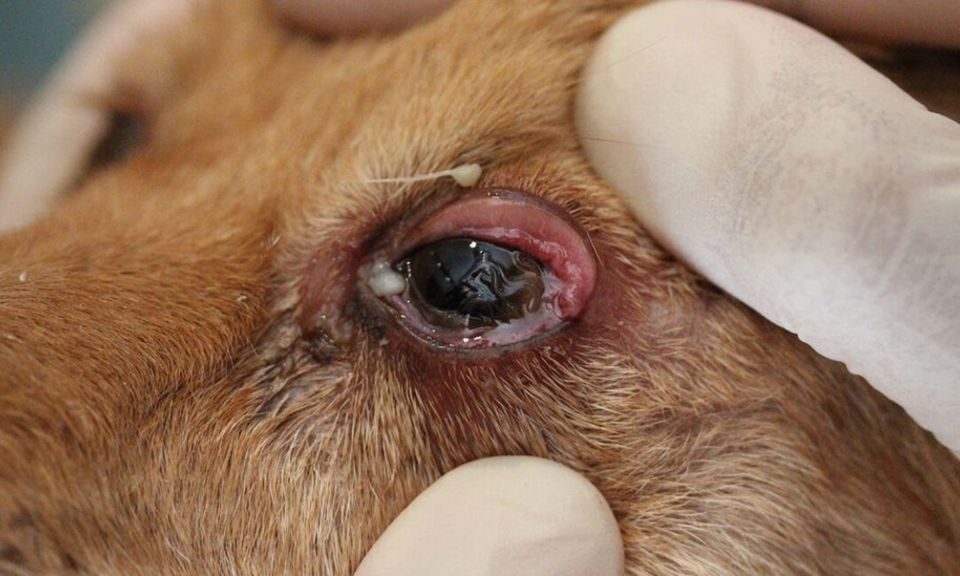 An eye infection caused by a parasitic worm increasingly common in mainland Europe could spread to the UK, pet owners are being warned.

The disease, Thelazia callipaeda or oriental eye worm, is transmitted by a type of fruit-fly that lands on the eyes and deposits infective larvae.

Cats, dogs and people catch it from the flies, which feed on eye secretions.

There have been three recent canine cases reported in the UK, but the animals had been imported from abroad.

One had been brought to the UK from Romania. The other two had recently travelled to mainland Europe with their owners.

All made a full recovery following drug treatment and eye washes to flush out the adult worms.

Britain has the same type of fruit-fly – Phortica variegata – and the concern is these could become infected and then spread the condition to people and animals in the UK, says veterinary expert John Graham-Brown, from Liverpool University, in the BMJ publication Veterinary Record.

Mr Graham-Brown said there was no risk of people catching the infection directly from their pets. But dog owners should be on the lookout for signs of the infection in themselves and their pet if they had recently travelled to places where the disease was endemic.

Infected animals show a variety of symptoms, from mild conjunctivitis (pink eye) to severe corneal ulceration, which, if untreated, can lead to blindness.

Fully grown adult worms might also be visible, but the microscopic larvae cannot be seen with the naked eye.

Mr Graham-Brown said: “So far, there has been only one strain of the infection round in Europe. But it’s been spreading quite rapidly recently. We are not sure why.

“We do have this type of fly in the UK as well, so there is the potential for an infected dog to come back and give it to the fly here, and then it could spread.”

The flies tend to be found in areas of oak woodland during warmer months.