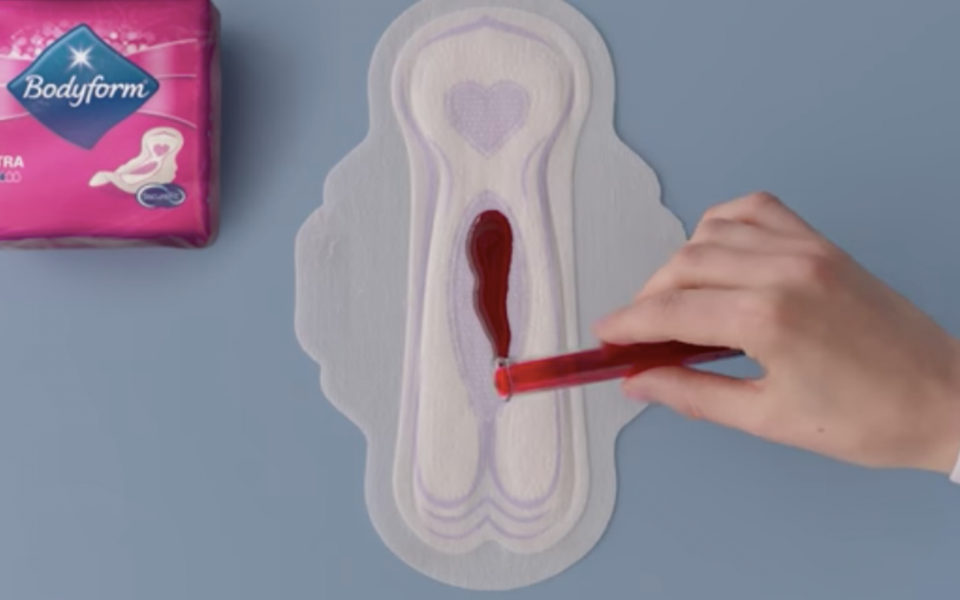 Finally, an ad for sanitary products that features an actual period.

Sanitary towel and tampon ads don’t exactly portray periods in the most realistic way. If it’s not strange-looking blue liquid being poured on pads, it’s women jumping around splashing each other for reasons that remain unknown to us.

The ad opens with red liquid being poured onto a pad. Not a drop of blue dye in sight! It also shows a closeup of a woman’s thighs in a shower, with menstrual blood trickling down the inside of her leg—a sight that’s familiar to anyone who has periods.

The ad is part of Bodyform’s new #bloodnormal campaign, which aims to bring “blood out of the dark, onto our screens and into the conversation” in a bid to end period taboos. As part of the campaign, Bodyform surveyed over 10K men and women and found that 74 percent wanted “more realistic representation of periods” in ads.