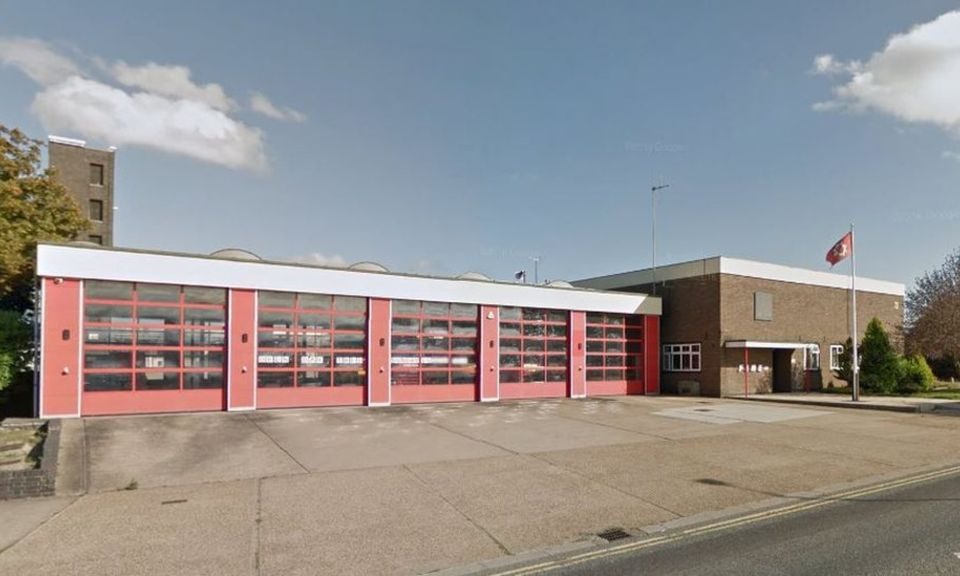 A fire crew has been suspended from community work after a firefighter wrapped two children in cling film.

The incident, which involved the children of a crew member, was caught on camera at a fire station in Southend.

Essex Fire Service is investigating after the BBC notified it of photographs sent by a concerned party.

The chief fire officer said the images had “raised concerns” and a “thorough investigation” was under way.

The service said the watch had been put on “core duties only”, meaning it cannot carry out community work.

The children’s mother said what happened “was intended as a joke” and the youngsters enjoyed it.

The incident happened two weeks ago. Five people, including the two children, were present when the photographs were taken and their mother later posted them on Facebook.

The youngsters were wrapped in plastic by a colleague of their father.

Their mother, who is not being named in order to protect the privacy of the children, said it was joke.

She added: “I can see that this was not an appropriate activity, and we should not have played around like this at the fire station.”

Chief fire officer Adam Eckley said although he encouraged “family spirit”, stations were still “a workplace” where behaviour “must reflect our service values and exemplify professionalism”.

He said: “The photos we have seen have raised concerns, we have liaised with the appropriate statutory agencies and a thorough investigation and process has now started.

“The firefighters involved are embarrassed and regretful of how this event has been interpreted.

“It does not give the right impression to our public, and it is not who we are.”

Roger Hirst, the police, fire and crime commissioner for Essex, said: “I am clear that the behaviour shown in these photos is inappropriate and requires a thorough and robust investigation.”