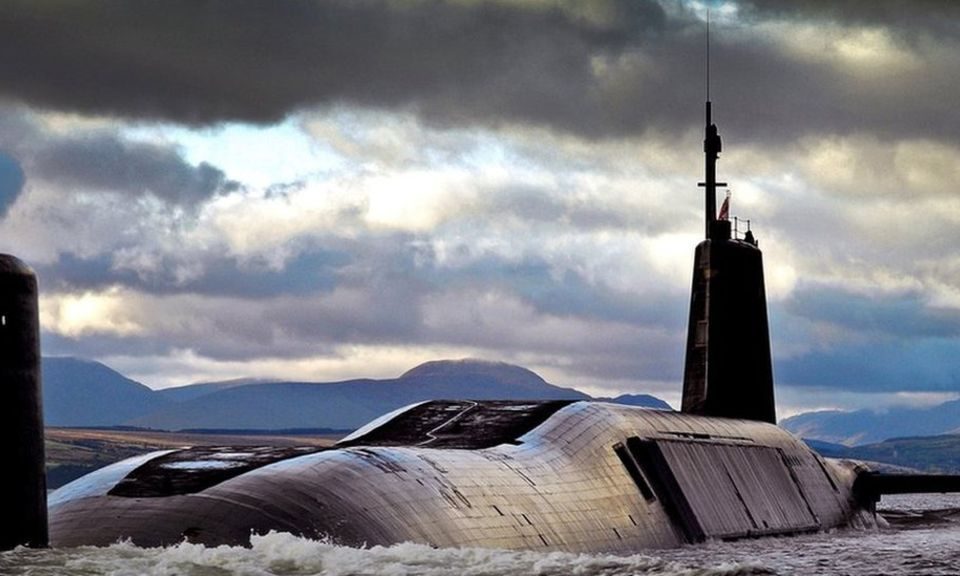 A distinguished group of former military top brass has written an open letter to the prime minister warning that Britain’s security is at risk unless the armed forces are properly funded.

The letter reflects concern right across the ranks. The list includes not just the “old and the bold” – retired admirals, generals and air marshals – but former colonels, corporals and academics, too. The reality is that defence is not always top of the list of voters’ concerns at an election. These are some of the questions behind the letter:

How do we deal with a more dangerous world (and Brexit)?

There’s always the danger of crying wolf. But few would disagree that the world is dangerous. The letter cites risks from all over the globe – whether from hostile states or extremist groups.

Ministers have long argued that Britain’s armed forces are the envy of the world and that even outside the European Union they’ll play an important role.

Some have even suggested that defence and security could be the UK’s trump card in the difficult negotiations. The implication being that Europe’s own security would suffer if they turned their back on Britain.

Those who’ve signed this letter are not so sure. Brexit has already made the pound weaker. The letter says its fall “threatens the purchase of meaningful numbers of jets” for the Royal Navy’s new aircraft carriers.

Almost $30bn (22bn) worth of foreign military purchases planned by the MOD are exposed to currency fluctuations. That said, Britain is not leaving Nato – and it remains the cornerstone of European defence.

Does the UK meet the 2% Nato target?

The Nato alliance has set a target for its members to spend 2% of their national income, or GDP, on defence. Britain currently meets and is committed to that goal.

In fact, Britain is one of the few Nato members to spend at least 2% on defence, according to the alliance’s own figures. But MPs on the Commons Defence Committee say it’s been reached by “creative accounting”.

Those who’ve signed the letter put it more bluntly. They say it’s a deception.

In 2015, the government started adding several items of expenditure not previously included, such as military and civil service pensions, contributions to UN peacekeeping missions as well as much of the MOD’s 1.4bn income.

In the words of the letter “most analysts now agree core defence expenditure for hard military power is well below 2%.” However, the calculations are entirely in accordance with Nato’s own rules.

It is true that defence spending rose this year. But it follows years of cuts. Defence Secretary Sir Michael Fallon says the lean years are behind us.

He says the MOD is spending 178bn on new equipment – including new jets, warships, aircraft carriers and armoured vehicles. Though that money is being spent over the next 10 years and also includes the cost of renewing Britain’s Trident weapons system. The Treasury used to help foot that bill.

A number of recent reports also question whether the MOD’s equipment programme has been fully funded.

Earlier this year, the government spending watchdog, the National Audit Office, noted that billions of pounds of efficiencies had not yet been identified.

While those who’ve signed the letter praise the government’s 2015 Defence and Security Review as setting “the right path for our long term security”, they say it has not been fully funded.

They cite another report by MPs on the Public Accounts Committee who said “the affordability of the Equipment Plan is at greater risk than at any time since its inception”.

Britain’s armed forces are now at their smallest since the Napoleonic wars. The size of the army alone has been cut from more than 100,000 to just 82,000. Even then, the army is struggling with recruitment and is still below its fully trained strength.

The government would argue that, though smaller, the armed forces are now more capable. Investment has been made in new equipment from body armour to drones.

But there are still significant gaps. For example, Royal Navy warships are no longer fitted with any anti-ship missiles. The Navy can’t afford them.

Some capabilities have been “hollowed out”. While the Royal Navy will soon have two new aircraft carriers, it’s still not clear how many jets the MOD will be able to afford. Or how many new warships will be built to protect them.

Those who’ve signed the letter warn that the armed forces are “having to seek further very damaging savings in manpower support and training”.

Is there a “black hole” in the defence budget?

The last coalition government accused Labour of leaving a 34bn black hole in the MOD’s budget. It was the reason why the 2010 Defence Review resulted in such savage cuts.

However, during his time as defence secretary, Philip Hammond claimed to have balanced the books. Under Sir Michael Fallon, though, the accounts are under significant pressure.

The recent report by the National Audit Office said there’s now a real risk of a return to the “previous practice where affordability could only be maintained by delaying or reducing the cost of projects”.

It’s probably too early to say whether there’s now a new black hole in the MODs accounts. But some estimate a gap of at least 10bn and growing.

This is by no means the first time that former senior military officers have warned of a crisis in defence.

But it’s still not clear whether those concerns are shared by the voters, and whether defence features much in the general election.