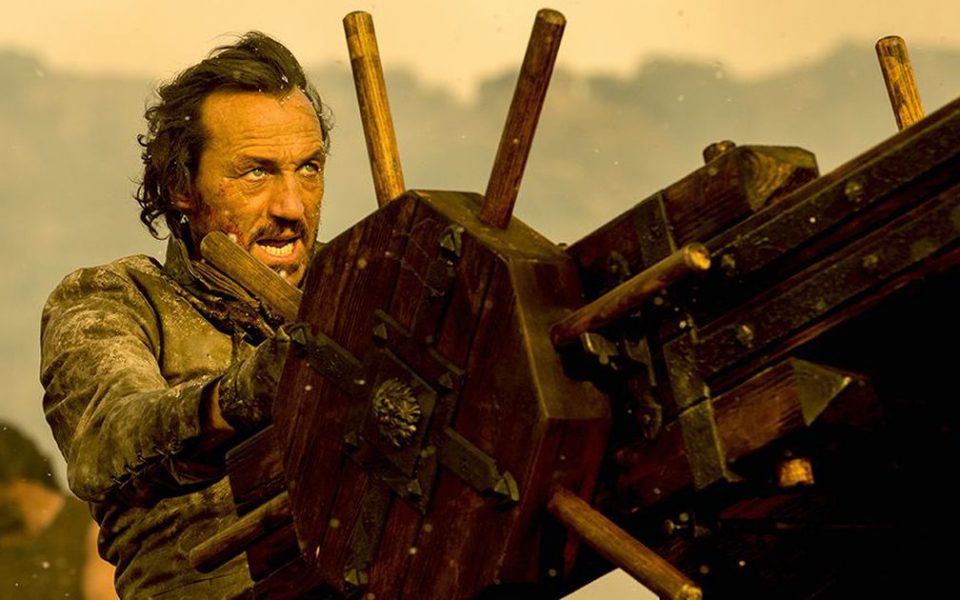 ‘Game of Thrones’ actor who shot the dragon: I’m not too popular right now

Ser Bronn of the Blackwater, sellsword supreme, Tyrion’s champion, Kingslayer saver, possible Dragonslayer, soon-to-be lord of the most lit castle in Westeros and the closest thing Game of Thrones has to Han Solo, is not very popular at the moment.

(As a Lannister I am struggling to understand why, but your mileage may vary.)

Jerome Flynn, the wolfish actor who plays the king of the mercenaries, told HBO’s Making Game of Thrones that ever since he shot that contemptible lizard out of the sky in “The Spoils of War,” he’s not exactly being greeted kindly.

SEE ALSO: Get used to the idea that the Lannisters will prevail

“I was surprised when I was watching it,” he said. “I spent weeks on that sequence, but I was on the edge of my seat, the adrenaline was running they really nailed it.”

Watching it? Great! But the aftermath has been a bit uncomfortable.

“Although since the day the battle aired, Ive been a little unpopular, I have to say. My postman wont speak to me because I shot the dragon,” Flynn said.

How rude! This man saved thousands of Lannister lives on that day! His bravery should be celebrated in song! I want this postman’s mailbag on a pike!

As a consolation to this untenable slight, at least Flynn got to really pull the release on a working Scorpion.

“Yes, I shot that thing, so it was real,” he said. “It was all part of the sequence and training. The armorers on this show are just geniuses, and they try to make everything as authentic as possible. Its probably the coolest weapon Im going to get to play with.”

And perhaps the most effective/important weapon in this war. If she knows what’s good for her, Dany isn’t going to bring one of those vile beasts near the Lannister front lines ever again at least not while Ser Bronn of the Blackwater is on the prowl. Which is not a guarantee, necessarily.

Making asked Flynn whether we should be concerned about Bronn’s well-being at the end of the episode.

“I think it depends on if you care for him,” he said. “If youre really angry he’s been shooting at Drogon, then maybe not.”

WATCH: Here’s how HBO filmed its most epic ‘Game of Thrones’ battle scene