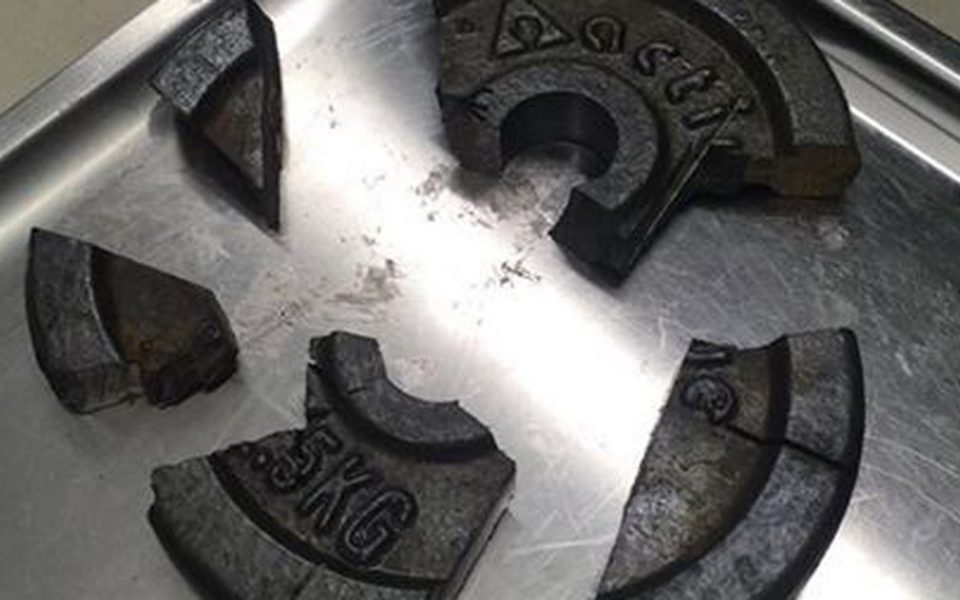 There’s nothing quite like cozying up to a nice cold chunk of metal.

Firefighters in Worms, Germany, shared a fun story to its Facebook page on Friday in an attempt at showing how delicate the team of first responders can be during a sensitive rescue mission.

“The professional fire brigade was called to the hospital in Worms,” a translated version of the Facebook post reads. “One person had a very sensitive body part in the hole of a 2.5 kg dumbbell disc.”

That’s right, a desperate man decided to put his penis inside a cold barbell, and had a little trouble removing it on his own.

The firefighters spent THREE HOURS trying to remove the dick from the disc, using a cutting grinder, a vibrating saw, and what they called “a hydraulic rescue device.” We’re not exactly sure what that is, but there is no way that was comfortable for this poor man.

While this dude clearly made a terrible mistake we can bet he will never make again, please take this as a lesson and remember there are plenty of safe male sex toys out there for purchase. Never use a piece of metal.

WATCH: Sticker photos that come to life might just be cooler than instant film