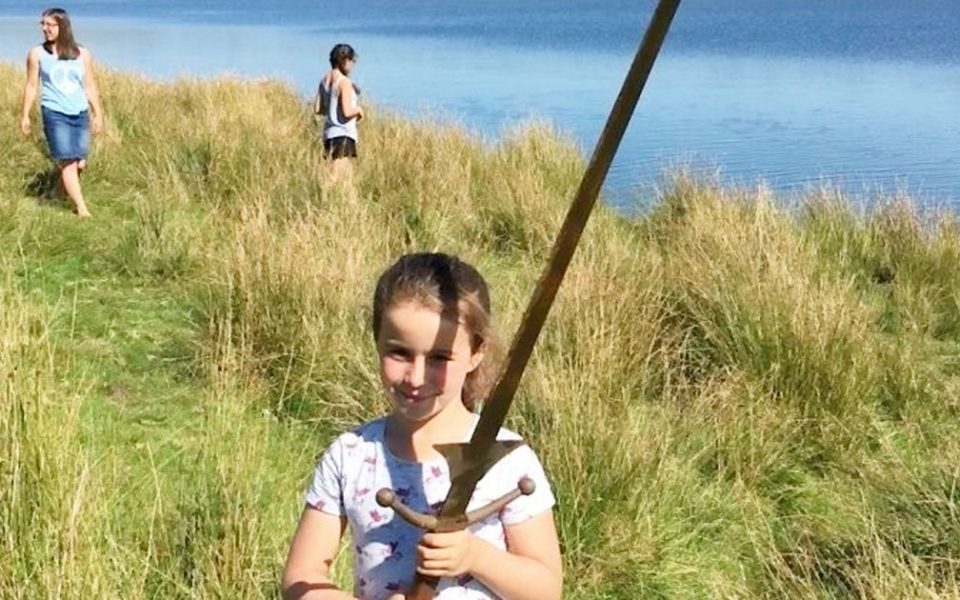 This is 7-year-old Matilda Jones, and she’s just casually found “Excalibur”, the legendary sword, in the same lake where it was thrown according to the King Arthur myth:

Matilda was paddling in Dozmary Pool, in Cornwall, with her dad Paul when she stumbled across the 4ft long metal sword.

Out of coincidence, her dad had only told Matilda and her sister about the legend of King Arthur before the discovery during a six-day holiday in Cornwall.

“It was a blistering hot day and Matilda asked if we could go for a paddle,” Jones told The Star. “She was only waist deep when she said she could see a sword.”

“I told her not to be silly and it was probably a bit of fencing, but when I looked down I realised it was a sword. It was just there laying flat on the bottom of the lake.”

According to the legend, Sir Bedivere threw Excalibur into Dozmary Pool after the Battle of Camlann, where Arthur died. Just as he hurled the sword into the lake, an arm rose from the surface to grab it and disappeared back into the water.

Dozmary Pool is also home of the Lady of the Lake, where a young Arthur rowed out to claim Excalibur.

Jones reckons the sword is about 20-30 years old and probably from an old film prop.

WATCH: ‘Monty Python and the Holy Grail’ recut as a crazy intense drama