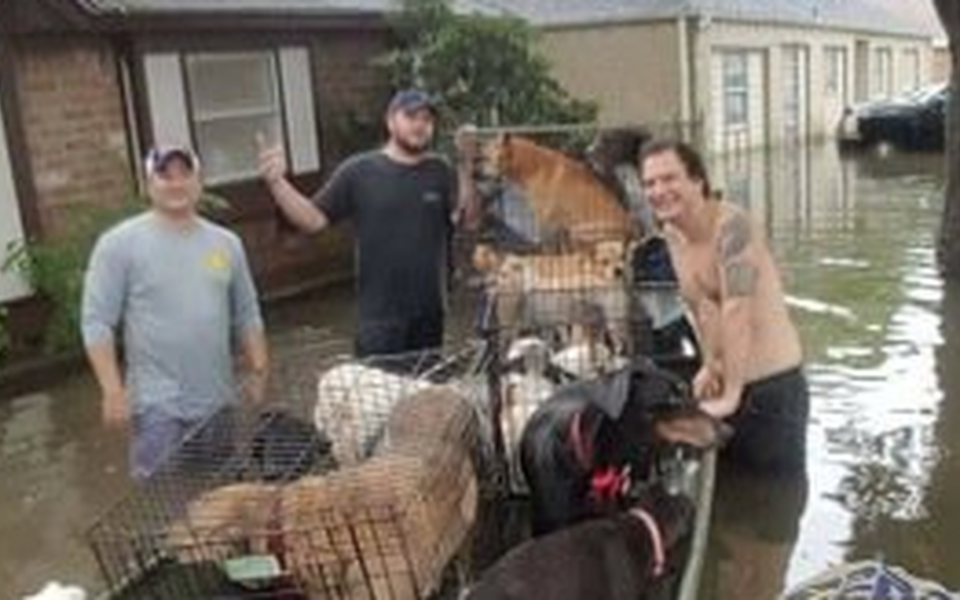 After Hurricane Harvey, a group of good Samaritans came to the rescue of dozens of good dogs.

Houston resident Betty Walter found herself stranded in floodwaters in the wake of the storm. She was also sheltering 21 dogs (some of which belonged to her neighbors) and wasn’t sure how they would all get to safety.

Luckily, the dog rescue crew came along. They loaded all 21 dogs on the boat — Walter walked alongside — and hauled everyone away.

“I was worried there was too many dogs on the boat and it would tipped [sic] over,” Walter wrote in a Facebook post. “I told them I would stay behind and for them to make 2 trips. They said NO we are taking all and you. We had 21 dogs on this boat.”

To get out, the humans had to slog through water higher than her head, she added.

Eventually, Walter and all 21 took shelter at a crew member’s house in nearby Kemah, Texas. At the time of writing, they were all doing fine.

WATCH: Smiling rescued donkey is so happy to be back on solid ground