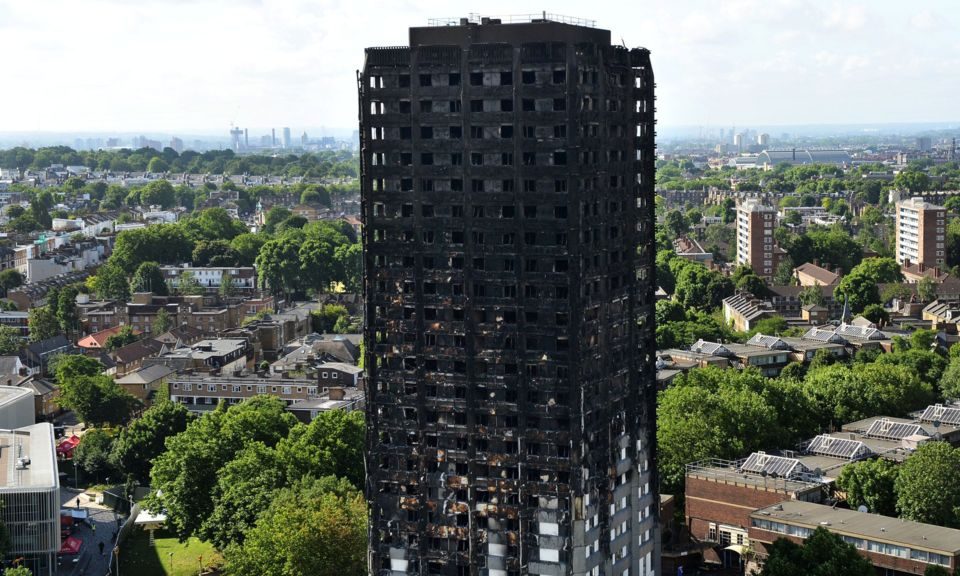 Burning cladding on Grenfell Tower would have released 14 times more heat than a key government safety test allows, the BBC has learned.

Energy emitted from the cladding and insulation would have been equivalent to burning 51 tonnes of pinewood, University of Leeds research suggests.

The cladding’s plastic core would have burned “as quickly as petrol”, it said.

The contractors who fitted the cladding and insulation said they both passed all regulations.

According to data released by French authorities, and seen by the BBC’s Victoria Derbyshire programme, the cladding would have released 43.2 MJ/kg of heat.

The European A2 standard for “limited combustibility” is three MJ/kg.

The foam insulation underneath the cladding was, separately, thought to emit around 26 MJ/kg of heat.

Figures from UK government tests have not yet been made publicly available.

An estimated 18 tonnes of insulation foam and eight tonnes of cladding panels were attached to the tower, analysis of planning documents by the University of Leeds suggests.

The energy released when all these combustible materials burned would have been equivalent to around 51 tonnes of pinewood wrapped around the building in two thin 12mm sheets, separated by a 50mm gap with holes cut out for windows, it says.

“If you set that on fire near the bottom you can imagine what would happen and how fast the fire will grow,” Dr Roth Phylaktou, a senior lecturer specialising in fire and explosion engineering at the university, told the BBC.

“This is not dissimilar to the wood cribs that we use in fire science to create fast-growing fires that reach a large size very quickly.”

Dr Phylaktou believes the configuration of the cladding and the foam – known as polyisocyanurate (PIR) – was “optimum for vertical fire spread”.

“This explains the speed of the fire propagation. The polyethylene in the cladding would have burnt as quickly as petrol,” he added.

He believes the air gap between the insulation and the external cladding panels on Grenfell Tower may have created a so-called “chimney effect”, increasing the speed of the fire spreading.

“The insulation formed another combustible layer underneath which would also give off toxic fumes,” he added.

The type of PIR foam used, Celotex RS5000, and the brand of cladding, Reynobond PE, have now been withdrawn from sale for use in buildings over 18m high.

Even if cladding or insulation do not meet the European A2 standard for limited combustibility, they can theoretically still be allowed on the outside of a tall building if combined with other components in a whole system which passes a different type of test, known as BR135.

An independent company, BRE, is now conducting tests for the government to see how different combinations of insulation and cladding perform in the event of a serious fire.

BRE also conducts fire tests for the private sector and a local government leader has called for the release of test data which is considered commercially confidential.

In its marketing Arconic, which manufactures Reynobond PE panels, has never claimed the product met the “limited combustibility” standard. It said it was only “one component” in the overall cladding system.

Saint-Gobain, which manufacturers the Celotex RS5000 PIR, said it could not comment while there was an investigation into the circumstances around the Grenfell Tower fire.