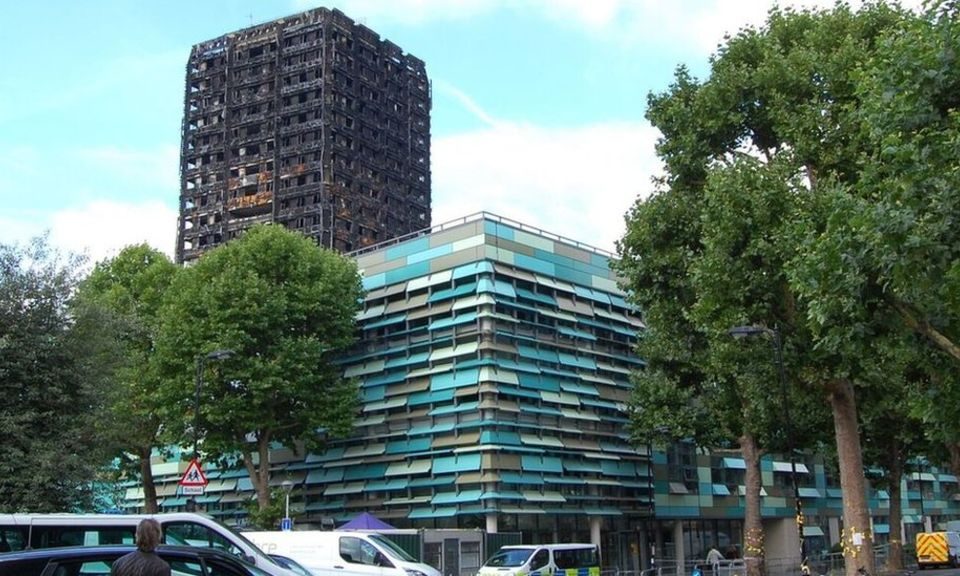 Kensington and Chelsea Council was warned as early as 2010 that building a new secondary school at the base of Grenfell Tower could block emergency vehicles’ access, the BBC has learned.

The Fire Brigades Union said during the fire “access was an issue”, with “huge difficulties” getting past parked cars.

The council said it could not comment because of an ongoing inquiry.

Plans to build a new academy school at the foot of Grenfell Tower were opposed by many residents, who felt the area was already congested.

An email sent in 2010 to councillors by local resident Francis O’Connor, a member of the Grenfell Action Group, said the plans meant emergency access to Grenfell Tower would “certainly be compromised”.

An 80-capacity car park was demolished to make way for the school in 2012.

Campaigners said that pushed more cars on to the surrounding streets, making it difficult for large vehicles such as fire engines to access the site.

A Grenfell Action Group blog post from January 2013 warned about access to the southern side of the tower.

It read: “There is barely adequate room to manoeuvre for fire engines responding to emergency calls, and any obstruction of this emergency access zone could have lethal consequences in the event of a serious fire or similar emergency in Grenfell Tower or the adjacent blocks.”

The Fire Brigades Union said its members had reported a number of problems accessing the site.

“We’re hearing from firefighters at the scene that lots of cars were parked where they shouldn’t have been,” said Lucy Masoud, a senior official. “The fire engines couldn’t get past.”

“The road is very, very narrow anyway, but they had huge difficulties getting to the dry riser [a pipe that sends water to different levels of the building] because of parked cars.”

“We’ll want access issues and any changes to the area surrounding Grenfell – including the building of the academy – to be part of the public inquiry,” she added.

One anonymous firefighter wrote on the Save the UK Fire Service Facebook page in June: “We arrived about 01:20, but, due to the way cars are parked in the streets and the fire engines that are arriving with us, we couldn’t get closer than four to five streets away from the building.”

“There were bollards blocking the fire brigade from coming into the green and parking,” Mahad Egal told the Victoria Derbyshire programme hours after he escaped from the tower.

The Reverend Mike Long, from Kensington Methodist Church, opposite the academy, said at least one parked car had been forced out of the way to allow access to the northern part of the site.

The Royal Borough of Kensington and Chelsea said it was “committed to cooperating fully” with the ongoing public inquiry and did not “think it was right” to comment on areas relating to it.

The London Fire Brigade said with 40 fire engines and more than 200 firefighters attending it was “inevitable” that not all vehicles would be able to park next to the scene of the fire.

“For that reason, we have tried and tested procedures, including rendezvous points and marshalling areas, that ensure our crews can be rotated in and out of an incident as quickly, safely and efficiently as possible,” it said.