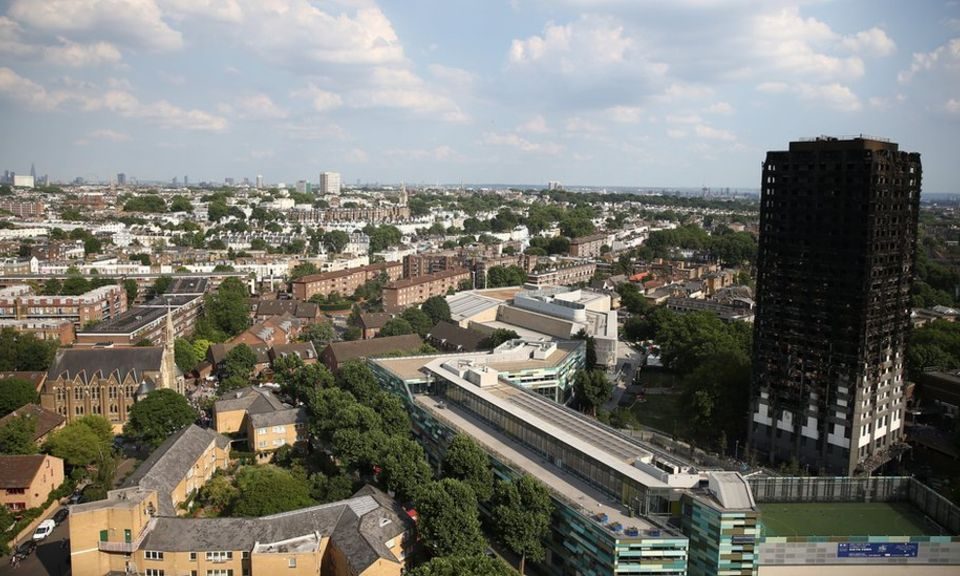 Officials have begun preparations for a major review of building regulations in England, Newsnight has learned.

The decision reflects official alarm at the state of building safety in the wake of last month’s Grenfell Tower fire, in which at least 80 people died.

As results of checks on tall buildings have come in, civil servants have expressed shock at how the official rulebooks have been interpreted.

They remain unclear whether the problem is the rules or their enforcement.

Over the past month, officials in the Department for Communities and Local Government (DCLG) have sought both to explain how the catastrophe at the Grenfell Tower in west London came about, and why so many other buildings have been found to have problems with fire safety.

It is not clear when the government review will be officially announced, but it is likely that it will be complicated by the ongoing police investigations and the public inquiry.

The three processes may need to investigate some overlapping questions.

The discovery, in particular, that combustible material has been installed on a wide range of tall local authority and housing association buildings has alarmed officials.

While it is permissible to use combustible insulation on buildings of more than 18m in height, it must follow strict rules.

Cladding must meet a series of rules which are designed to help prevent fires from spreading across the exterior of buildings.

To get cladding signed off by building inspectors, it must follow one of a few routes. Newsnight has identified weaknesses in each of them.

First, the regulations state that materials used in the construction of the cladding can all be either “non-combustible” or of “limited combustibility”.

This is the so-called “prescriptive” route to getting sign-off and is the simplest route to compliance.

If every part attached to the exterior of the building meets this standard – which, in practice, means they cannot catch or spread fire – no further rules are needed.

This is how the rule is interpreted by the government and sector bodies, such as the Building Control Alliance.

But ambiguous drafting in the building regulations mean that some developers, cladders and architects have assumed that this rule only applied to the insulation on the outsides of buildings, not the exterior of the cladding.

Second, if you wish to use materials that cannot meet the prescriptive route, you can commission a fire test.

This entails building a mock-up of your proposed design and then lighting a fire beneath it to see what happens.

The evidence gathered by this process can then be used to persuade building inspectors.

But some industry figures have told Newsnight that they fear this process, officially the “BS 8414” test, is not sufficiently robust.

A critical concern is that the test is based on a perfectly installed portion of wall. In reality, items that have been installed imperfectly or suffered wear and tear may be much more vulnerable to fire.

Philip Preston of IF P&C Insurance, a company that has commissioned its own tests, explained “We were concerned that the laboratory tests… didn’t really reflect the risk in the real world.

If an engineer believes your proposed design is very similar to something that has already been tested, you need not test it again. The purpose of this route is to avoid testing functionally similar designs unnecessarily.

But Newsnight found engineers arguing that the results of tests using ceramic tiles could be used instead of tests on designs using aluminium composite panels – a very different material. Fire safety experts consulted by Newsnight said that the documents “extrapolated apples into oranges”.

There are broader problems, too.

This part of the system also has problems with confidentiality: the fire test results – and any desktop studies – are confidential to the sponsoring organisation, who is usually the manufacturer.

Developers must, therefore, rely on often vague product information that they choose to distribute.

Newsnight also revealed how a major sector body and building inspection agency stated it would sign off the use of combustible insulation and combustible aluminium panels in a range of circumstances without even commissioning a desktop study.

This was, they said, on the basis of the volume of fire-test data and desktop studies that they had reviewed. But NHBC, the body in question, has now suspended this guidance.

Building control officers, industry figures and fire engineers have separately told Newsnight of their concerns about fire safety issues ranging from cladding, fire doors and paints through to the soundness of the testing process.