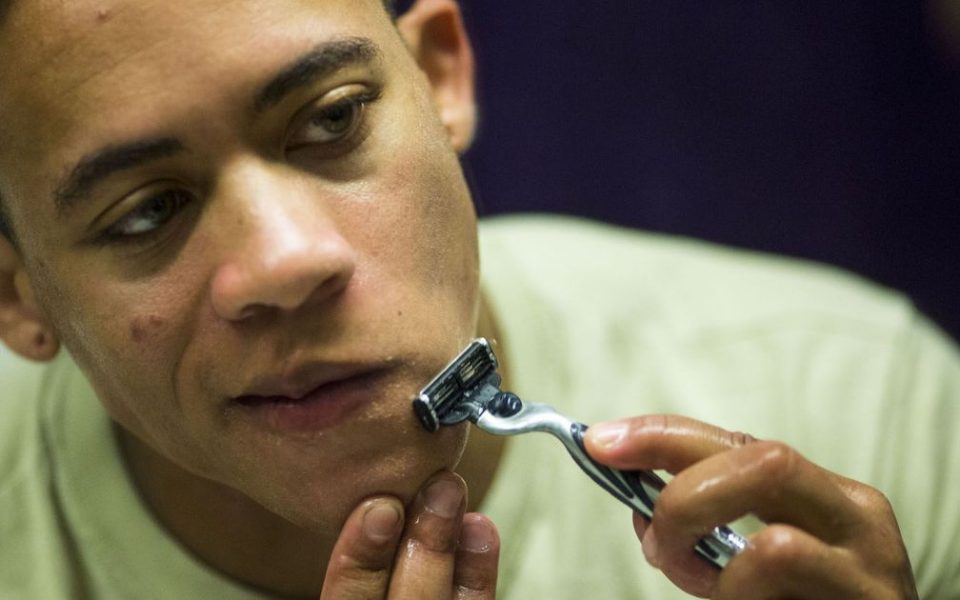 Here are just a few of the trans soldiers who keep your dumb ass alive, Donald Trump

President Trump, a man who heroically escaped military service by claiming he had a boo-boo on his footsy, appears to have randomly decided this morning to remove transgender soldiers from the United States military.

It’s unclear what the actual policy implications of Trump’s tweetstorm will be, seeing as how it takes more than a few steps for a tweet to become policy. The American public and trans members of the military (who are preparing for the worst) were largely caught off guard. Even the Department of Defense who, you know, is supposed to be in charge of this whole thing appears to have been blindsided.

Trump is kicking out the very people responsible for keeping his ungrateful ass alive. Estimates vary from 1,320 to 15,000 trans soldiers currently serve in the United States military, an additional 1,500 are on reserve, and there are an estimated 135,000 transgender veterans. Additionally, health care costs for the community are nominal, with less than .01% of the population seeking care.

“I think its important to remember that patriotic trans service members have served for generations,” Aaron Tax, Director of Advocacy for SAGE, the nation’s largest organization for LGBTQ elders, told Mashable. “This is an insult not to only every trans service member and every trans veteran, it discounts and disrespects the professionalism of all our troops. It undercuts our national security and harms our nation.”

so, biggest baddest most $$ military on earth cries about a few trans people but funds the F-35? sounds like cowardice #WeGotThis

Here are just a few of the brave transgender veterans and service members that will suffer because of Trump’s tweets.

Shari Zabel is a veteran of the U.S. Air Force who helped to enforce the no-fly zone over Iraq in the late 1990s and flew combat missions during operation Iraqi Freedom. Zabel served 20 years in the Air Force before beginning a career in public service.

“I was not expecting this news,” Zabel told Mashable. “I am hoping that no actual policy or executive order is forth coming. Unfortunately, that is slim hope.”

Trump’s news today comes as a reversal of a recent shift in Obama-era policy. The ban on transgender people serving in the US military was lifted just over a year ago by then Defense Secretary Ash Carter. To Zabel, it echoes other difficult, unjust fights for to protect civil rights.

“As to the reversal of policy, the wording used is eerily similar to the argument for women’s rights, slavery and racism, Native American citizenry, and any number of other discriminatory policies,” she said. “It is bold faced discrimination. This discrimination is no less coming from the ‘Leader of the Free World.'”

This is active duty Air Force Staff Sergeant Logan Ireland. This is who @realDonaldTrump wants to kick out of the military. pic.twitter.com/K8YqZHGyEV

Logan Ireland is a transgender security forces airman who’s been deployed to Kandahar, Afghanistan and who is one of the most prominent public faces of the military’s transgender community.

Ireland was participating in security forces training when he heard word of the news, and did not take it lightly.

“I would like to see them try to kick me out of my military, Staff Sgt. Logan Ireland told The Air Force Times.I would challenge them [in court]. You are not going to deny me my right to serve my country when I am fully qualified and able and willing to give my life.

Ortega served on over 400 combat missions in Iraq and Afghanistan, which is approximately 400 more missions than President Trump served.

He participated in three hostile combat tours, two in Iraq and one in Afghanistan, twice as a Marine and once in the Army. Ortega has been one of the vocal and visible advocates for the military’s transgender community. He is the first openly transgender man in the military.

“Trump is a man who is literally a war-dodger, who comes from a life of privilege and silver spoon, and who has no connection to reality whatsoever,” Oretega said of Trump’s ban.

.@POTUS, can you my spot the transgender troops in this photo? They’re there, I promise. pic.twitter.com/XHGdQ6MjWl

Kristen Beck spent 20 years in the navy, including 13 years overseas in one of the navy’s most prestigious units as a SEAL Team Six special operator. She’s been awarded a V device for heroic action under fire, in addition to a Bronze star a Purple Heart for her actual service.

Unlike Trump, she wasn’t just handed one at a rally. She fought for it.

“Let’s meet face to face and you tell me I’m not worthy,” Beck told Business Insider.

And whether you’re in the military or not, Trump’s anti-trans policies which included reversal Obama’s school bathroom guidance and eliminating trans people from an aging survey belied his promise to “do everything in my power to protect our LGBTQ citizens.”

Thank you to the LGBT community! I will fight for you while Hillary brings in more people that will threaten your freedoms and beliefs.

“We can’t underestimate the psychic burden this places on transgender people and their allies,” Tax told Mashable. “They know they’re not valued or respected by their President.”

For now, these brave soldiers will be fighting this one, President Trump and not just on Twitter. Thank you.

If you’re an affected military member, you can call GLBTQ Legal Advocates & Defenders (GLAD) at 1-800-455-GLAD and learn more about your legal rights.