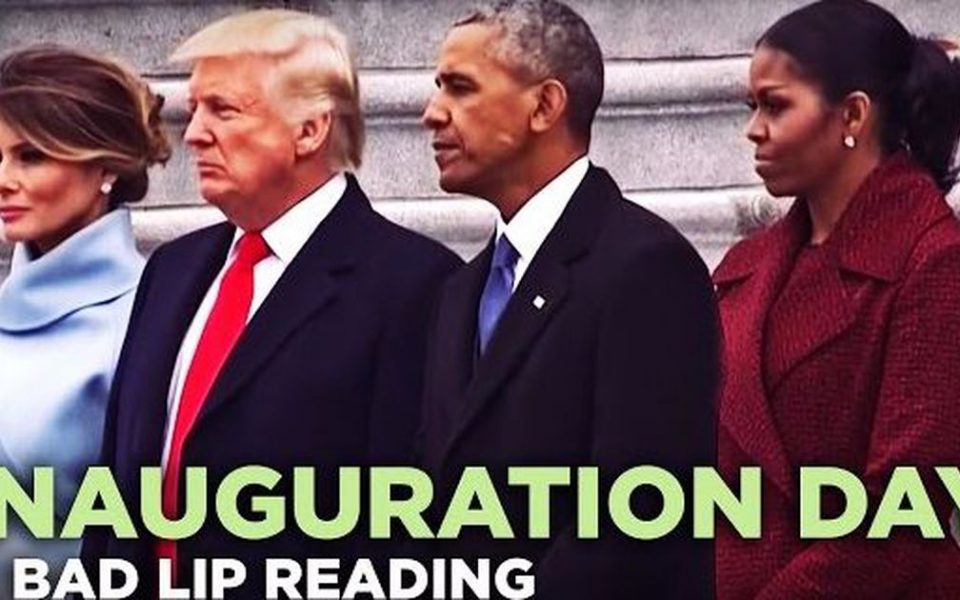 Bad Lip Reading always knocks it out of the park with its absurd interpretations of what people are saying based on the way their mouths are moving. They’ve made NFL stars sound like children and politicians sound foolish. In other words, they are doing important work.

Without missing a beat, Bad Lip Reading has released a new video where it puts hilarious words into the mouths of everyone at the inauguration. Obama calls Trump a creep. Mike Pence swears that he was disappointed the continent of Atlantis had not been found. Hillary Clinton makes muppet noises.

This is definitely the way we would prefer to remember Inauguration Day.