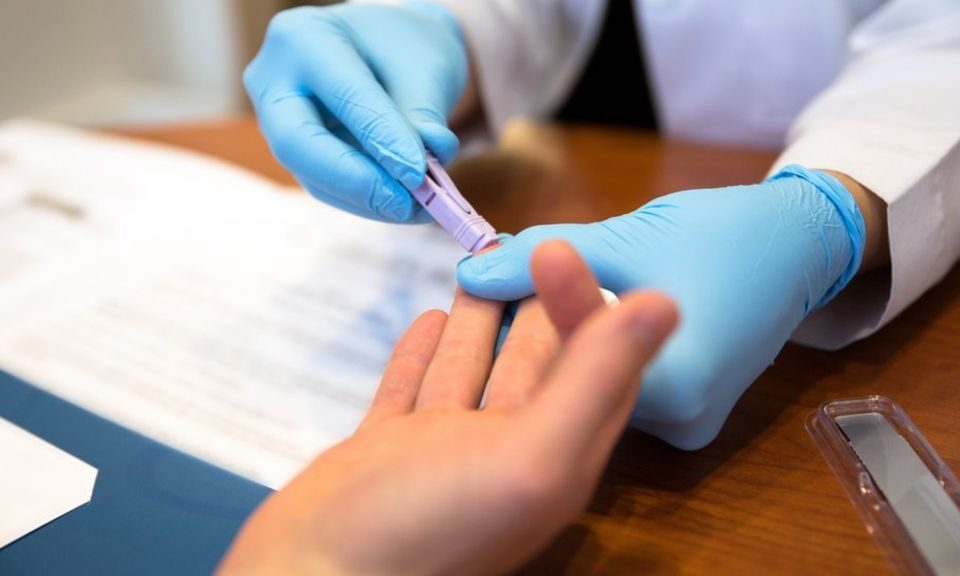 Offering HIV testing when people register with a new GP in areas of high prevalence is cost-effective and could prolong lives, a new study says.

Patients at 40 GP surgeries in the London borough of Hackney were given finger-prick HIV testing when registering.

The study, in the Lancet, found this raised the rate of diagnosis four-fold.

The Terrence Higgins Trust welcomed the findings and called on healthcare commissioners to act on them.

Public Health England already recommends that all GPs in areas where HIV prevalence is high, or extremely high, should offer testing to everyone who registers with the practice and has not previously been diagnosed with the virus.

Around 86,000 patients in Hackney, which has a high HIV prevalence rate – eight in 1,000 people – were tested as part of the research.

Alex Causton-Ronaldson, who was diagnosed with HIV in 2014, says more accessible testing in GP surgeries would have greatly benefited him.

He learned of his diagnosis at the age of 24 and said: “I lost loads of weight really rapidly. I started getting this rash all over my body and I didn’t know what it was,” he said.

“I was exhausted and skinny.”

At the time, he was living with his parents in Norwich, which has a relatively low prevalence of HIV, and had to get a test elsewhere.

A positive result came through a week later.

Alex said: “I cried like I’ve never cried before.”

The late diagnosis meant he was taken to hospital affected by a condition called thrombocytopenia, where his body would not clot blood.

“I got put in a wheelchair because I couldn’t get knocked or bruised, or even a paper cut,” he explained.

“If the test was more accessible, I could have been diagnosed earlier and kept out of hospital.”

In the UK around 13,500 people do not know that they have HIV, meaning they miss out on treatment, remain infectious to others and are more expensive to treat.

Dr Werner Leber, from Queen Mary University of London, one of the study’s authors, said: “We’ve shown that HIV screening in UK primary care is cost-effective and potentially cost-saving, which is contrary to widespread belief.

“This is an important finding, given today’s austerity.”

The researchers called on healthcare commissioners to invest in rolling out HIV screening to all 74 local authorities in England with high HIV prevalence.

They said testing had fallen in some areas because of financial pressures on local-authority budgets.

Their work shows costs are high at first – because more people will be diagnosed and need anti-retroviral treatment – but these programmes become cost-effective in the longer-term.

This is because onward transmission of the virus is brought under control, and people who start treatment sooner stand the best chance of staying healthy.

Dr Michael Brady, from the Terrence Higgins Trust, called on healthcare commissioners to act on the findings.

“One in seven people living with HIV do not know that they have it. Undiagnosed HIV infection puts individuals at risk of preventable illness and death,” he said.

Alex Causton-Ronaldson now lives a healthy life in London with HIV. He would love to see testing be more accessible across the country.

He said: “If everyone was tested and on drugs, so it’s undetectable and can’t be passed on, we could stop the spread of HIV in our lifetime.”