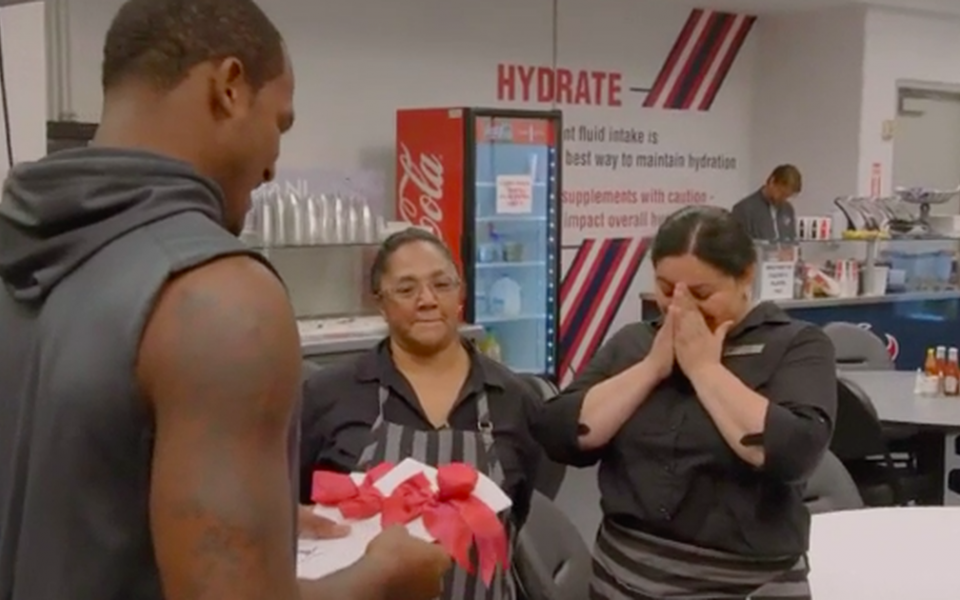 During this week of NFL turmoil, here’s one story that will make everyone happy.

Deshaun Watson, a rookie quarterback for the Houston Texans, donated his first NFL game check to three ladies who work at the city’s NRG stadium’s cafeteria and were especially affected by Hurricane Harvey.

“If you can, you must.”@deshaunwatson​ gave his first @NFL​ game check to help a few familiar faces. #HoustonStrong pic.twitter.com/rwcyGMSRFN

“For what y’all do for us everyday and never complain. I really appreciate y’all,” he said in a video the Houston Texans tweeted out. “So I wanted to give my first game check to y’all to help y’all out in some type of way,” Watson said to the women as he walked in to hand them the checks.

They were genuinely surprised and emotional; one of them couldn’t hold back her tears, asking Watson for a hug.

Watson is no stranger to acts of kindness as he’s also been on the receiving end. Over a decade ago, Habitat for Humanity built his family a home.

Maybe this is his way of paying it forward.

WATCH: Watch how this man learns to ride a unicycle in one day