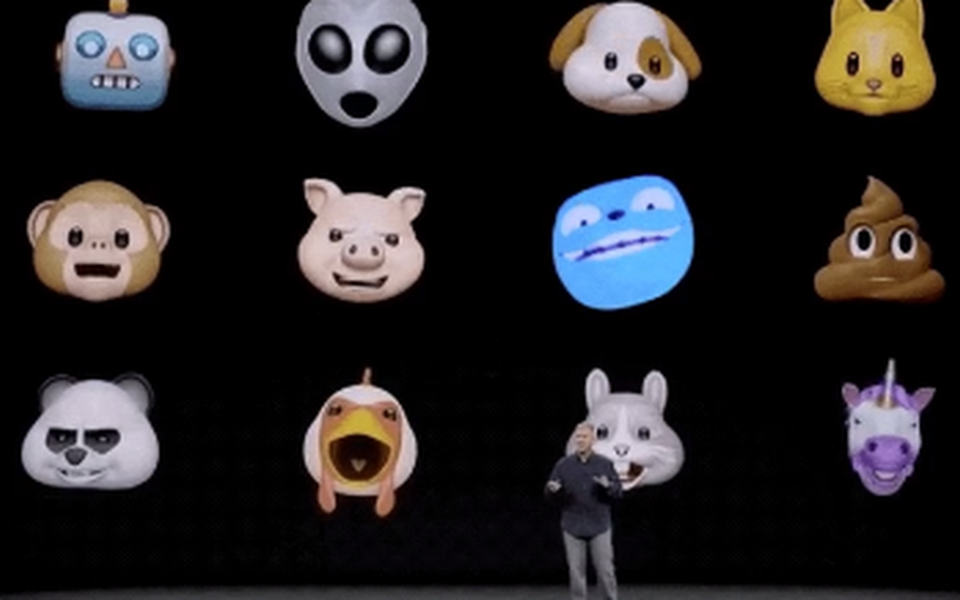 We already know that Charlie Brooker’s dystopian series Black Mirror is the perfect, nightmarish commentary for our tech-filled times.

But rarely has it been so well manifested than during Apple’s announcement of “animojis” — that is, dynamic 3D emojis that mimic your face.

When you smile, frown, or sneer at the iPhone X, the device’s facial recognition technology can scan your face and morph it into animated avatars — like the fox, the alien, and this big stinking pile of poo:

Now, if you paid attention to Black Mirror’s episode “The Waldo Moment” from the second season finale, you might recall that it revolves around a blue, foul-mouthed bear cartoon character, Waldo, who comically interviews politicians before spiraling out of control.

Acknowledging their prophetic powers, Black Mirror’s Twitter account simply tweeted a GIF of the “animoji” demo, with the cheeky addition of Waldo:

The iPhone X’s new facial recognition hardware tracks over 50 muscle movements in your brow, cheek, lips, jaw, and mouth. When added together, the movement of these different facial features — such as the formation of dimples — gives the phone the facial data it needs to create a similarly expressive animoji.

Even creepier, animojis can talk. So now you too can have your Waldo moment.

We still don’t know when the next season of Black Mirror will premiere, but Netflix has released a couple of images from two of the upcoming installments.