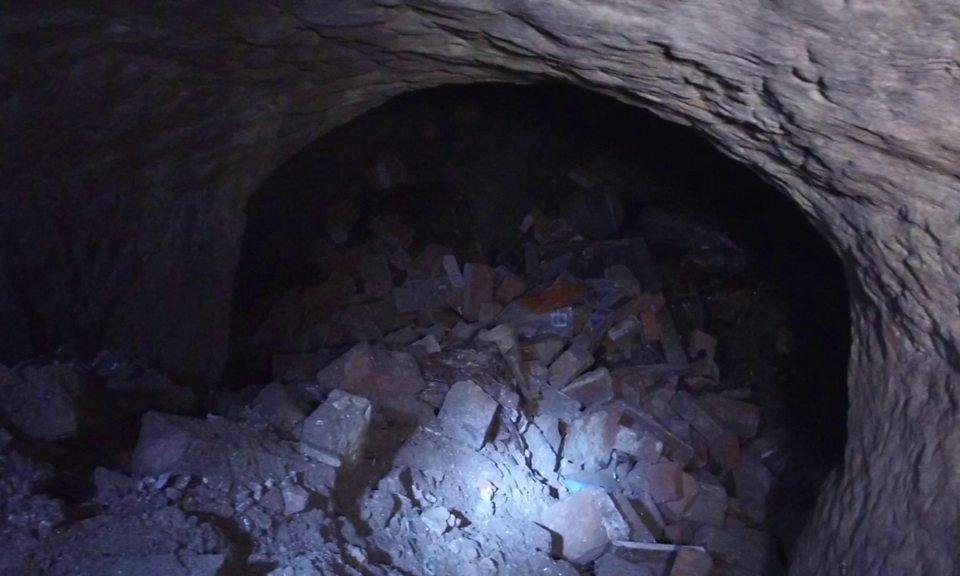 Hundreds of man-made caves dating back as far as the 9th Century lie waiting to be discovered underneath Nottingham, the city’s archaeologist has said.

The caves, which were used as dungeons, bomb shelters and homes, number about 800.

Nottingham is built on soft sandstone making it easier to dig into, but strong enough for structural stability.

Sonic Barbers, in Derby Road, has a 200-year-old cave below its cellar. It can be accessed through a hatch and was most likely used as a medicine store, Mr Lomax said.

“[The cave] would have served the people who lived here,” he added.

“Either side are what we call rock cut thralls, which are benches on which goods were kept, essentially shelves.

“We had no record of this until a few days ago.”

He said that while some people were aware of caves underneath their property, many had not been officially recorded.

The cave, which is about 2m (6.5ft) in height and about the same in diameter, had been partially filled with rubble, preventing safe access into the chamber.

Mr Lomax, who is Nottingham City Council’s archaeological adviser, said it was a “real shame” many caves had been used to dispose of rubbish.

However, he said there were many caves beneath Nottingham still waiting to be found.

“There’s probably hundreds more of these caves under people’s shops, houses… there’s barely a day goes by that somebody lets me know about a cave in the city.

“I never know what to expect, there’s another piece of the jigsaw everyday.”

Derby Road has become a hotbed for caves and, while new ones are being found regularly, one spacious cave is the setting for a pub’s restaurant.

Beneath the city of caves