Previous postCan Chance the Rapper save Soundcloud from dying?
Disney is bringing esports to TV this weekendNext post 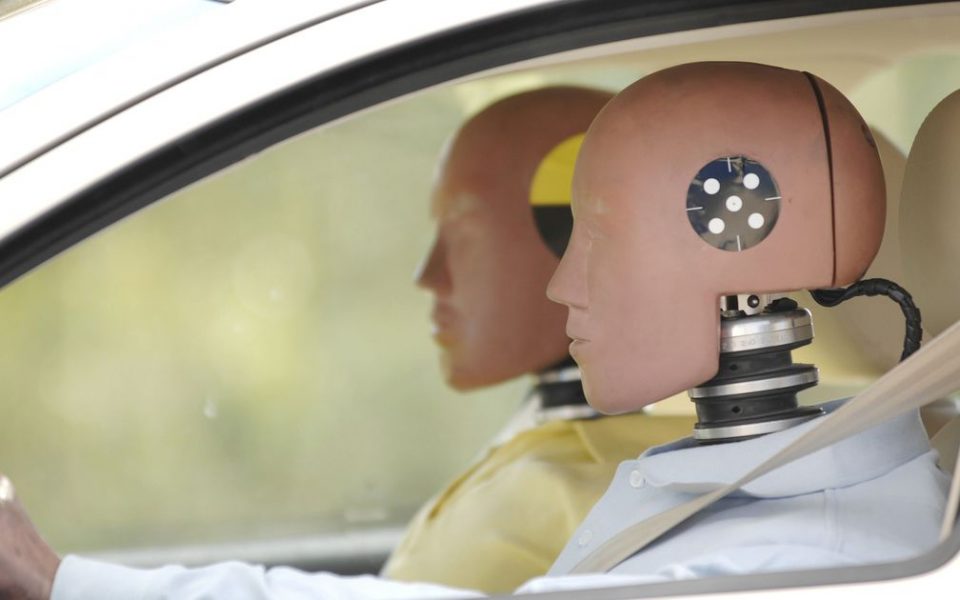 In autonomous driving, real-world testing is taking a backseat

To date, some of the hottest players in the autonomous arena have put their energy into driving endless miles in order to fine-tune their AI-based technology. Its time consuming and expensive, and most approved test driving sites have been in parts of the world with sunny skies and dry roads, hardly indicative of common driving conditions.

With this mile-by-mile method, its hard to imagine self-driving could become commonplace anytime soon.

However, there is another approach to training and tuning AI for optimized self-driving – cutting-edge simulators that enhance deep learning and offer any number of driving scenarios to train the AI, helping to bring autonomous vehicles (AVs) to market in a more reasonable timeline. The newest approaches to self-driving recognize that by relying on a simulated testing environment, development gets an enormous boost in terms of cost, time, and safety.

Interestingly, the aviation industry serves as a role model for automotive in this area, with its high level of automation and superior safety standards. However, it’s impossible to train car drivers like pilots due to sheer numbers alone.

Smart autonomous technologists have determined the best way to reproduce the low accident ratios of aviation is to replace drivers with algorithms. In order to make those algorithms smart enough, the AI needs to be exposed to the highest possible number of traffic scenarios.

This is where simulation kicks in.

In a game engine-based, virtual reality environment, scenes can be repeated an endless number of times that would either hardly ever happen or would pose an intolerable risk for human drivers. Unlike aviation pilot training, one single simulator can get the job done for all AVs, since experience gathered while running various traffic scenarios can be readily transferred to an unlimited number of cars via Over-the-Air (OTA) updates.

Data gathered by simulating different weather, lighting and road surface conditions offers a far bigger variety than any other real-world driving experiment. Take Googles self-driving project Waymo for example. The project logged more than 2 million driving miles, yet aside from a couple of minor traffic accidents, it did not encounter any extraordinary events.

To teach AI how to behave in all kinds of traffic situations would necessitate billions of driven miles across a wide variety of locations, and during varied times of the year. In addition, it would require negotiating dangerous events, accidents and obstacles that could cause real harm, and it would need to do it multiple times in order to ensure the technology has been properly trained. In other words, it is all but impossible and certainly a zero-sum game when trying to bring autonomous technology to the masses.

The AI simulator technology looks and feels pretty much like any car game. The only difference is instead of a game player testing their skills, it’s a machine that is being trained to navigate and react with each new simulation.

Artificial Intelligence learns by relying on neural networks, in much the same way the human brain does. Its more than simply feeding rules or concepts into the computer’s memory – rather, after having been exposed to a wide range of traffic scenarios and experiences, the machine is able to gradually get to the point that it understands how to drive.

What’s most promising about this approach is that we are already seeing things expertly handled by the AI that can be very complex for the human brain. A perfect example of this is the Arc de Triomphe roundabout in Paris, where drivers navigate across six lanes without road markings or any traffic signals. Thanks to simulation technology, AI can already handle this so-called flock-based phenomenon.

Where real-world and simulation meet

As a whole, it’s fair to say the deep learning used in autonomous driving will remain inferior to the expert knowledge of well-trained pilots for a long time to come. That said, AI-based systems can drive vehicles like the most reliable driver, preventing the bulk of human-error accidents we see today.

It’s important to note that while simulation holds the promise of being more cost-effective, faster and safer than real world test driving, the latter will not go away entirely. That’s a good thing. A tiny portion of tests conducted under real-life conditions is all that is needed to perfectly complement AI simulation, helping to reach full autonomy faster.

Lszl Kishonti, founder and CEO of AImotive, is a serial entrepreneur. AImotive evolved from his first venture, Kishonti Ltd; which quickly became a leading high-performance graphics and computing solutions company. The firm then turned its focus to automotive as artificial intelligence and autonomous driving started to gain global momentum. Lszl has an educational background in economics and finance.