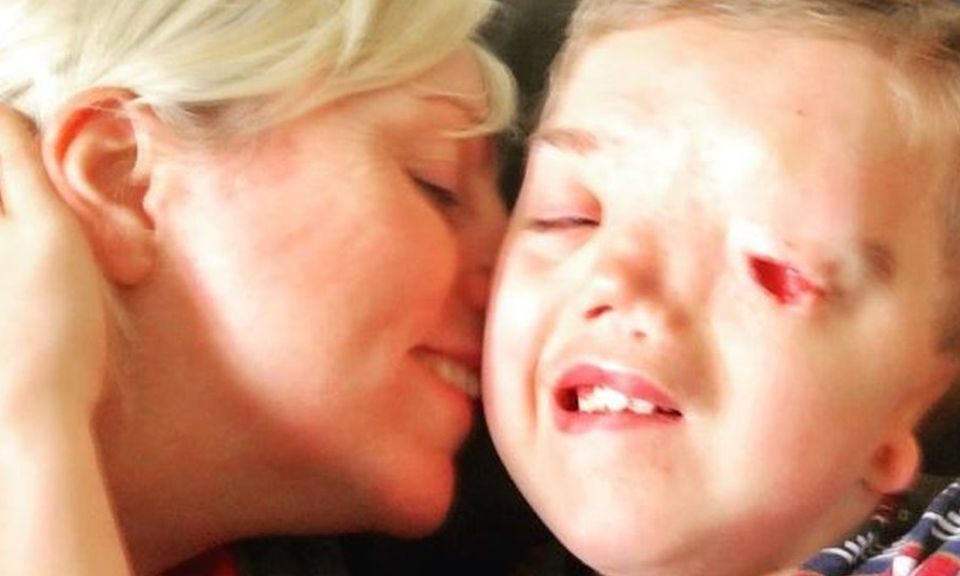 A photo of a 12-year-old boy shown without his eye was removed by Instagram.

Harry Beswick was born with Goldenhar syndrome. He is missing an eye, eye socket, nostril and ear from one side of his face.

His mother, Charlie Beswick posted a photo of Harry without his prosthetic eye on Monday. It was later removed for “breaching guidelines”.

Ms Beswick, from Stoke-on-Trent, runs a parenting blog and began documenting life with her son’s disability on social media six months ago.

She said it is the second time a photo has been removed and both images were of Harry without his prosthetic eye, showing his eye socket.

“I appreciate that he looks different and people might not want to look at it, but that’s not Instagram’s decision,” she said.

“For Instagram to decide Harry’s face isn’t suitable is disgusting. It does feel like discrimination to me.

“It’s my son’s face and I’m very proud to be showing him off.”

Someone is reporting my son's face & #Instagram agree saying it doesn't meet their guidelines before removing it. RT to support me in this! pic.twitter.com/XxOvthBT5O

Ms Beswick’s post on Twitter has received more than 46,000 retweets and 24,000 likes. Actor Adil Ray also tweeted his support saying he would “love a photo” with Harry.

She said that despite sometimes getting “horrific comments” from internet trolls, overall the response from her followers has been “really positive”.

Harry has had 10 operations, including two procedures to restructure his skull and build an eye socket.

Although the image has been restored, Ms Beswick said she has not received an apology from Instagram or an explanation about why the image was removed.

The site’s guidelines say photos not appropriate for a diverse audience will be removed, including images containing nudity, glorifying crime or self injury or bullying.