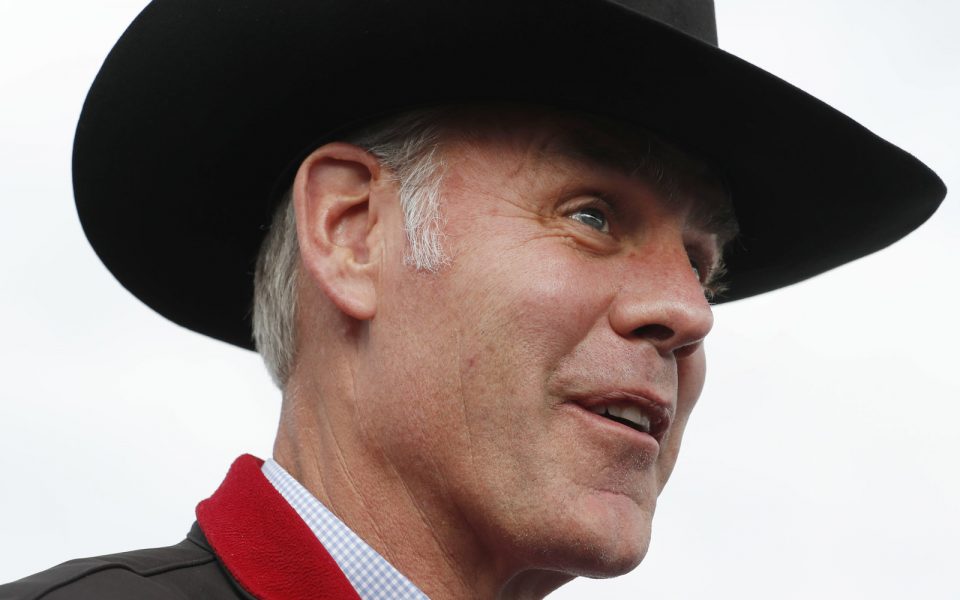 Interior Secretary Claims He’s Made No Decision On Bears Ears. His Comments Raise Some Doubts.

We got a chance to visit with [Zinke]in his office, and our message was that wed like to see Bears Ears National Monument rescinded, Lyman reportedly told E&E. He said, Well, let me tell you what Im thinking: Not only should that monument be rescinded, but were not going to stop there. We need to discuss all the dysfunctionality of public land management over the last three decades.

Shortly after the story published was, Interior spokeswoman Heather Swift said on Twitter that such reports were not accurate.

The Secretary is listening to and talking with advocates on all sides of the issue in Utah, Swift wrote in a statement. He has not yet reached a decision.

Reached by phone late Friday, Lyman said he did not intend to convey that Zinke has made up his mind, and felt hed been misquoted. But when asked about the meeting, Lyman said Zinke told the commissioners the administration intends to not only address the monument, but also a number of other public lands issues.

Zinke said, My boss [Donald Trump] says that these rural counties have been systematically shut down and its time for them to go back to work, Lyman told HuffPost.

Lyman also said theres no question the Trump administration is moving in a certain direction when it comes to monument designations.

My impression is hed like to rescind it, Lyman said of Zinke, adding that hes confident the former Montana congressman will do his homework and make the right decision.

Bruce Adams, chairman of the San Juan County Commission, also disputed the the E&E report. Although he hadnt read the story, Adams told HuffPost that at no point did Zinke tell the commission hes made up his mind.

Bears Ears is one of27 American national monuments that together span more than 11 million acres of land and about 760 million acres of ocean, and is threatened by a pair of executiveordersTrump signed last month. One order tasks the Interior Department with reviewing all federal monuments 100,000 acres or larger that were established or expanded under the Antiquities Act after Jan. 1, 1996. The other instructs the Department of Commerce to review all marine sanctuaries and monuments designated or expanded within the last 10 years.

The Interior Department has stood by its claim that it is conducting a fair and thorough review. In a statement earlier this month, Zinke said there is no predetermined outcome on any monument. Given he and Trumps previous comments, however, its easy to see why many remain skeptical.

In his remarks last month,Trump said former President Barack Obamas designation of Bears Ears should never have happened. With the review, Trump said, hes looking to end another egregious abuse of federal power, put states back in chargeand open up now-protected areas to tremendously positive things. The Antiquities Act of 1906, he added, does not give the federal government unlimited power to lock up millions of acres of land and water, and its time we ended this abusive practice.

Zinke said last month that the law has become a tool of political advocacy rather than public interest. And during a visit to Bears Earsearlier this month, Zinke said he believes the area should be preserved, but that the issue is whether the monument is the right vehicle.

Sixteen presidents have used the law to designate 157 monuments; however, no president has ever tried to revoke a designation. If Trump tries, theBears Ears Inter-Tribal Coalition a group of five Native American tribes that co-manages Utahs Bears Ears National monument and other groups have promised to sue.

In a paper this week, four legal scholars concluded that nothing gives U.S. presidents the authority to abolish, shrink or otherwise weaken national monuments. Rather, that power is lies solely with Congress.

As part of its review, the Interior Department kicked off a public comment period last week. Comments relating to Bears Earsare due by May 26, while comments related to all other monuments must be submitted by July 10.As of Friday, more than 47,000 comments total had been submitted.