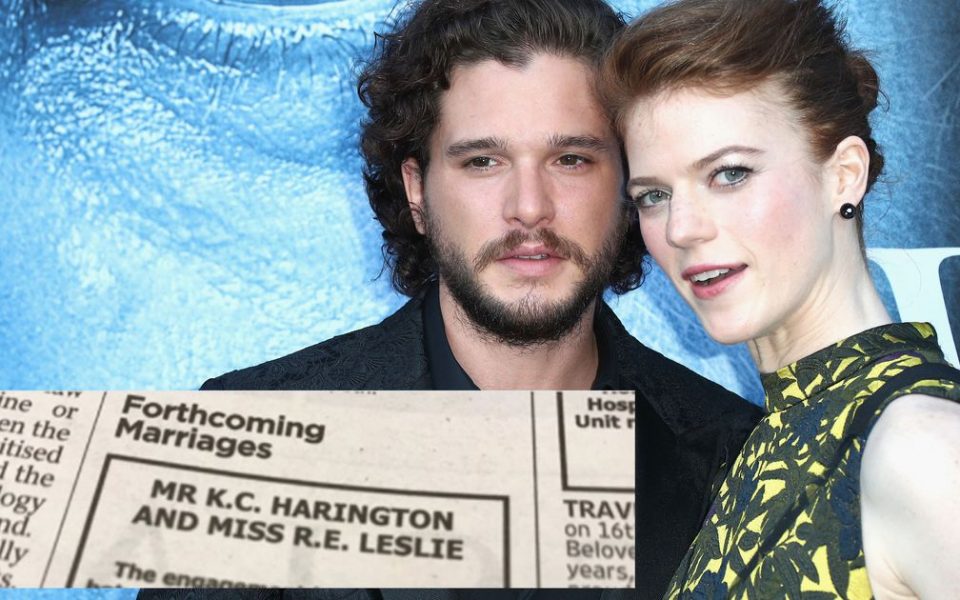 It’s confirmed: Kit Harington and Rose Leslie are getting married

After months of speculation, rumours, and reports, we have confirmation that Game of Thrones lovebirds Kit Harington (a.k.a. Jon Snow) and Rose Leslie (a.k.a. Ygritte) are tying the knot.

While People reported the news on Tuesday, everybody took it with a pinch of salt as several lifestyle and entertainment sites — including Life & Styleand Bustle — had alreadyreported it earlier this year.

But now The Times of London newspaper published an official announcement which reads: “Mr K.C. Harington and Miss R.E. Leslie. The engagement is announced between Kit, younger son of David and Deborah Harington of Worcestershire, and Rose, middle daughter of Sebastian and Candy Leslie of Aberdeenshire.”

There’s going to be a Game of Thrones wedding pic.twitter.com/8UGGMCh9GH

Harington and Leslie have been pretty secretive about their relationship — they were photographed together in 2012, triggering speculation they’ve been dating since. Their first public appearance was in 2016.

As many Game of Thrones fans remember — it’s impossible to forget — Jon Snow and Ygritte’s on-screen romance in the popular TV series ended when Ygritte was mortally wounded by an arrow at the end of Season 5.

WATCH: Take a ‘cell-fie’ using your phone and this small microscope adapter