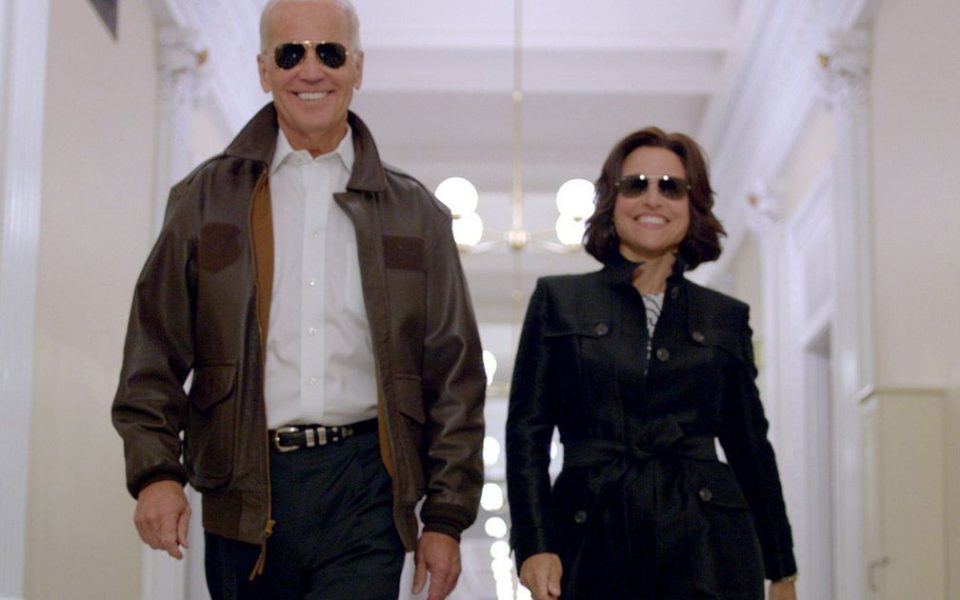 The "veeps" got this.
Image: HBO/Kobal/REX/Shutterstock

Biden assured Louis-Dreyfus that he was there for her during her cancer fight. “We Veeps stick together,” he wrote. He included a photo from a 2014 spot the two did together before the White House Correspondents’ Dinner in 2014. Aviators are obviously involved.

We Veeps stick together. Jill and I, and all of the Bidens, are with you, Julia. pic.twitter.com/JP0c2wtrJ6

Louis-Dreyfus, who plays vice president-turned-president (briefly) Selina Meyer on the show, had produced a spoof video in character with the then-real-life veep. The two had an adventurous day in the White House and bumped into Michelle Obama, Rep. Nancy Pelosi, and called former Speaker of the House John Boehner.

Julia liked Joe’s tweet, and posted her own response shortly after.

.@JoeBiden yes we do. Love back to all of you https://t.co/Vgwm0Vxgsc