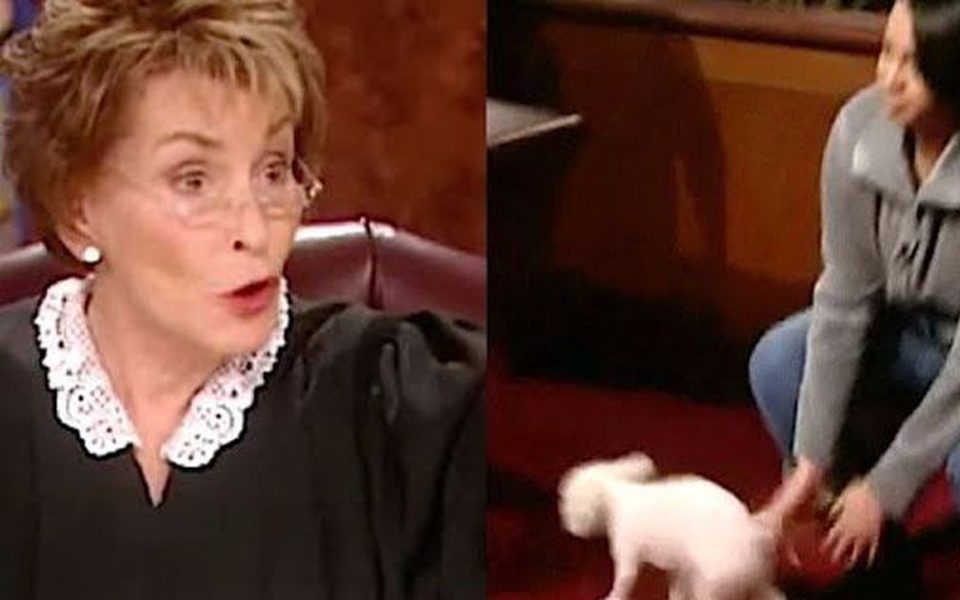 The love and loyalty between a pet and its owner is like no other, and thankfully, Judge Judy knows it.

On a super emotional episode of Judge Judy a dog owner fought to get his lost dog back from a woman who claimed that she bought the dog legally from someone on the street, implying the dog is rightfully hers.

After Judge Judy ordered the dog to be brought into the courtroom and placed on the floor, it became obvious who the dog’s real owner was. The tearful reunion between the pup and the man was all Judge Judy needed to rule that these two be together once again. She couldn’t ignore the happy little jumps of the doggie when he saw his owner. Even the woman who allegedly bought the dog knew it, too she knew that once the dog was put before his rightful owner, it would be a done deal.

We’re so happy these two are back together again. We love to see people, and pups, this happy.