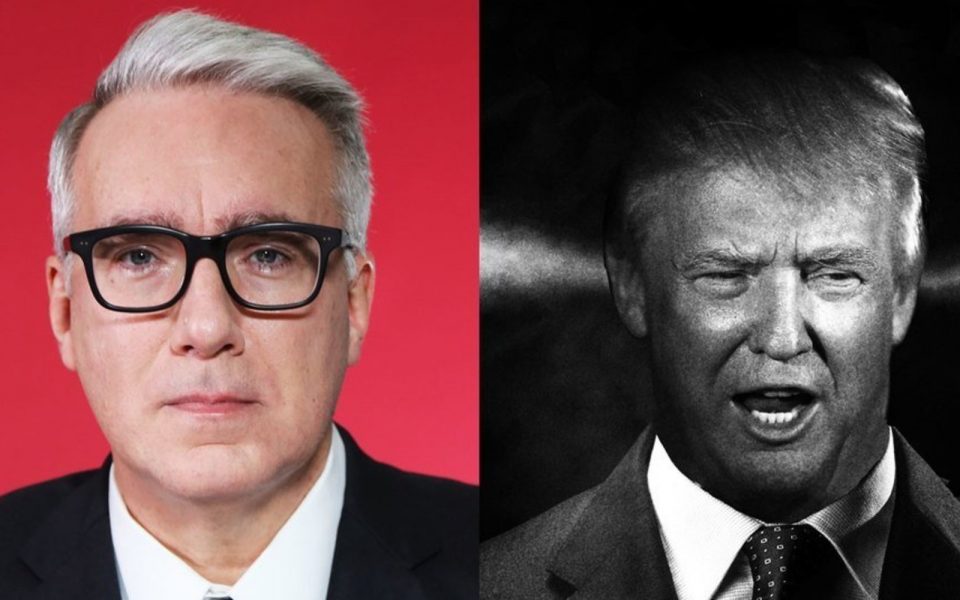 Keith Olbermann is convinced Donald Trump is self-destructing. Whats an American to do, he asks in his latest episode of The Resistance for GQ. We need to give him all the help we can in his task, Olbermann urges.Better him than our country.

Olbermann points to a litany of signs in the press that the president is becoming disturbingly obsessed with the ongoing investigation into Russian interference in the presidential election and possible ties between that country and Trumps campaign. Trump is incessantly watching TV news about the investigation and yelling at television sets in the White House, convinced hes the target of a conspiracy, the Associated Press has reported.

Lets just hope the sets are actually on, quipped Olbermann.

Trump has also been contradicting himself with head-spinning speed. The president has insisted repeatedly that hes not under investigation then tweets that he is. (His personal attorney Jay Sekulow seemed to say in television interviews Sunday that Trump wasnt under investigation … then said that maybe he is.)

In yet another Trump oddity, Olbermann noted the presidentsbizarre boast during a meeting Monday with Panama President Juan Carlos Varela. Trump said the U.S. did a good job building the Panama Canal.

Olbermann also points out Trumpspleasure concerning the ambiguity of his position on firing Special Counsel Robert Mueller, as reported by The New York Times. The president believes the looming possibility of a firing will focus Mueller on delivering what Trump wants:a blanket public exoneration,according to the Times. Olbermann insisted that behavior would have been a sign of distress in any other presidency.

What does it all mean? That we are dealing with a madman who occasionally successfully pretends to be sane, Olbermann concluded. Resist.

Check out the rest of the video above.