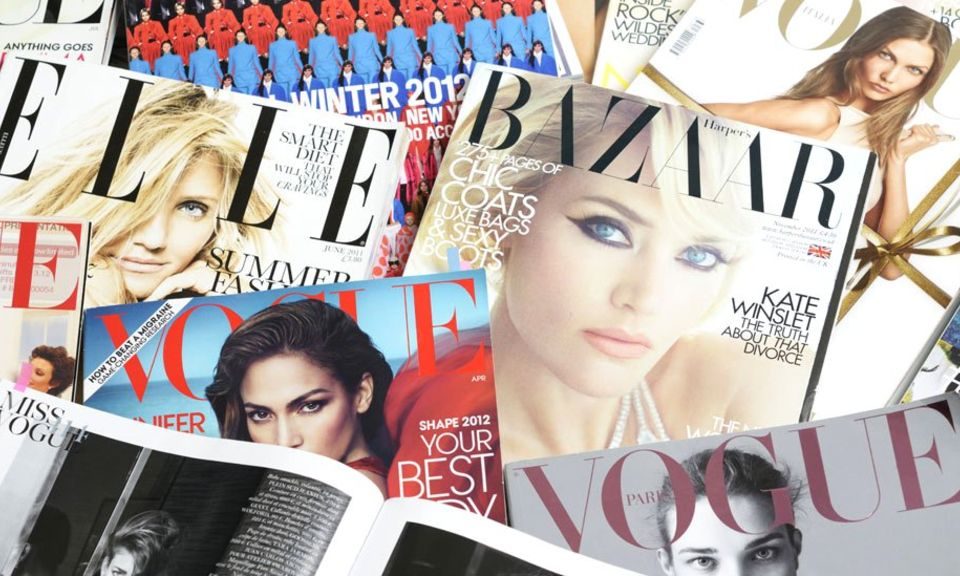 Magazines: How print is surviving the digital age – BBC News

Print sales have been declining for several years as readers find their content online – but now, something unusual is happening.

When was the last time you bought a magazine?

The answer is likely to depend on whether you prefer reading about Theresa May or Taylor Swift.

Magazine sales have generally been falling since the day the inventor of the internet said: “Hey, why don’t I invent the internet?”

But the latest ABC figures, released this week, show that sales of certain titles are actually going up.

It’s a trend that Sarah Penny, editor of Fashion Monitor, puts down to the news agenda.

“I think that we can all agree that the past 18 months have been pretty tumultuous within current affairs,” she says.

“With the likes of Brexit and Trump’s election, the unsettled nature of society drives readers to seek out factual news and understand the effects on the economy for themselves from reputable titles that have an authoritative voice.”

The titles that seem to be benefiting from this Trump bump include The Economist and The Spectator.

Between January and June this year both sold more per issue than they did in the same period in 2016.

Take a look at some celebrity, gossip and fashion titles, and the opposite is true.

In the early noughties Heat magazine was an absolute bible for showbiz news junkies looking for their fix of Big Brother and Britney Spears.

But these days it’s more about Kylie and Kendall – and they tend to use Instagram rather than ink to connect with their fans.

“Gossip and celebrity tittle-tattle is rarely something that requires detailed analysis – so it’s best suited to bite-sized content that zips around on social media,” says Ian Burrell, media columnist for the i paper and The Drum.

“Once it’s out there, it’s quickly shared and readers move on to the next morsel. No-one wants to wait a week to read about it in a print magazine.”

Penny adds: “With the competition from digital media, vlogs, blogs and podcasts, readers are finding that their thirst for the content covered in the celebrity weeklies can be satisfied elsewhere for free and with ease online.”

The way some quality newspapers and magazines have been able to survive in recent years is by introducing paywalls on their online content.

Fraser Nelson, editor of The Spectator, wrote this week: “A big change is taking place in the market. There’s now too much writing online, and in an era of fake news, where you get your analysis from has never been more important.”

“As newspapers and magazines are finding out, if you can publish writing that is consistently and significantly better than what can be found online, people will pay.”

But many editors are struggling to strike the right balance between physical and digital content.

They are faced with the choice of either posting all their articles online for free so the magazine stays relevant, or charging readers money to protect the financial future of the brand.

Earlier this week – Vogue marked its 125th anniversary issue with a new interview and photo shoot with Jennifer Lawrence – one of the top film stars in the world.

Sounds like a good read, right? But the whole interview was also posted online by the magazine, removing any incentive for a fan to buy a paper copy.

“When you have major free news sites – such as Mail Online, The Sun and the Daily Mirror – pumping out celebrity and entertainment words, video and entire photo shoots around the clock, it’s hard to see how a magazine is going to find it easy to charge readers for something that’s likely to be offering stale news and limited pictures,” Burrell says.

“At best, a celeb mag will be bought as a treat for the reader, which makes it a dispensable purchase in comparison to the high-quality news analysis publication providing information that its readers regard as valuable and essential.”

Both Private Eye and The Spectator are seeing their circulation levels reach record highs – albeit aided by the way subscribers of both formats are counted twice – a trend they probably didn’t predict when they launched their websites.

But as Burrell points out: “Many readers are hungry for a deeper understanding of the fast-moving changes in global news and politics rather than seeking to escape from it by burying their heads in celebrity gossip and entertainment stories.”

Serious times call for serious journalism, and an extraordinarily frantic news agenda over the past year – with Brexit, Trump, a snap election, terror attacks and Grenfell Tower – has driven sales boosts for upmarket titles.

This is because their intelligent take on events is a unique selling point. Whereas general-interest daily news has been turned into an almost universally available commodity by the internet, specialist journalism – from the unforgiving wit of Private Eye to the proud wonkery of Prospect – is still a service people value and think they can’t get elsewhere.

The internet is full of celebrity drivel, so print magazines who focus on the rich and famous will need to find something unique if they are to retain paying audiences.

That something is what editors are paid to conjure up.