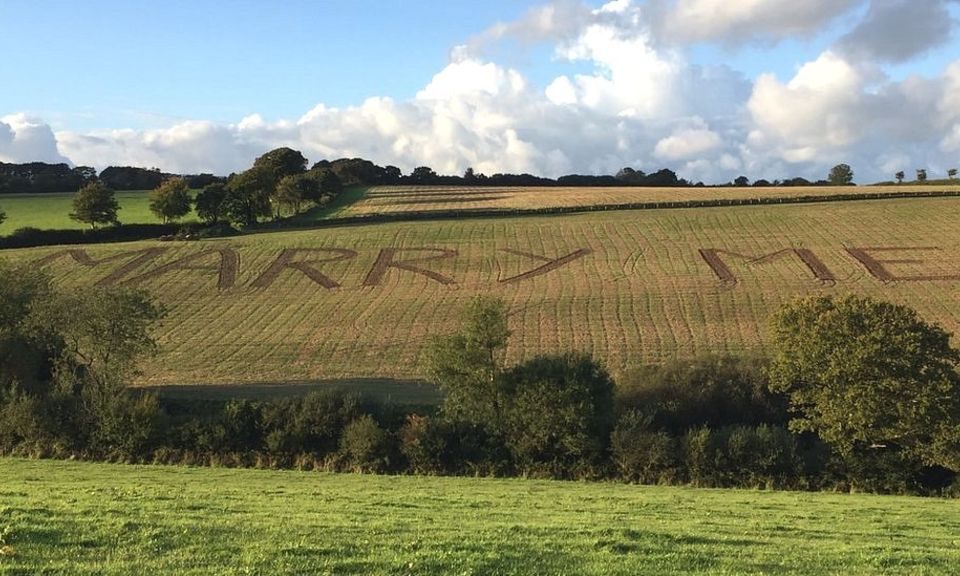 An agriculture engineer has asked for his girlfriend’s hand in marriage by ploughing his proposal into a field.

Tom Plume, 39, not only had to ask his future father-in-law for permission to marry his daughter, but also to plough up a field on the farm where his girlfriend Jenna Stimpson grew up.

The couple, from East Anstey in Devon, have been together for 10 years, and Ms Stimpson, 37, said she was “astounded” but “ecstatic”.

Her answer was “yes”.

The sports injury masseuse said her fiancé would be the first to admit he was not generally a “romantic type” but this time “he went big”, coming up with the idea while helping her dad with the harvest.

Mr Plume made the big reveal after telling Ms Stimpson to keep her eyes closed while he drove her down a track.

Ms Stimpson said when she heard cows in the background she was worried he might have bought some livestock, but she was left “speechless” when she opened her eyes.